Foreign Minister Sameh Shoukry met today, March 9 , the Jordanian Deputy Prime Minister and Minister of Foreign Affairs and Expatriates Affairs Ayman Safadi, and the Iraqi Minister of Foreign Affairs Fouad Hussein, on the sidelines of the 157th session of the Council of the League of Arab States at the ministerial level. Ambassador Ahmed Hafez, the official spokesman for the Ministry of Foreign Affairs, stated that the tripartite meeting dealt with exchanging visions regarding the latest developments on the international scene, especially the developments of the Ukrainian crisis and its various repercussions; As well as coordination regarding the most prominent challenges on the regional arena within the framework of concerted efforts towards promoting peaceful solutions to the region’s issues. 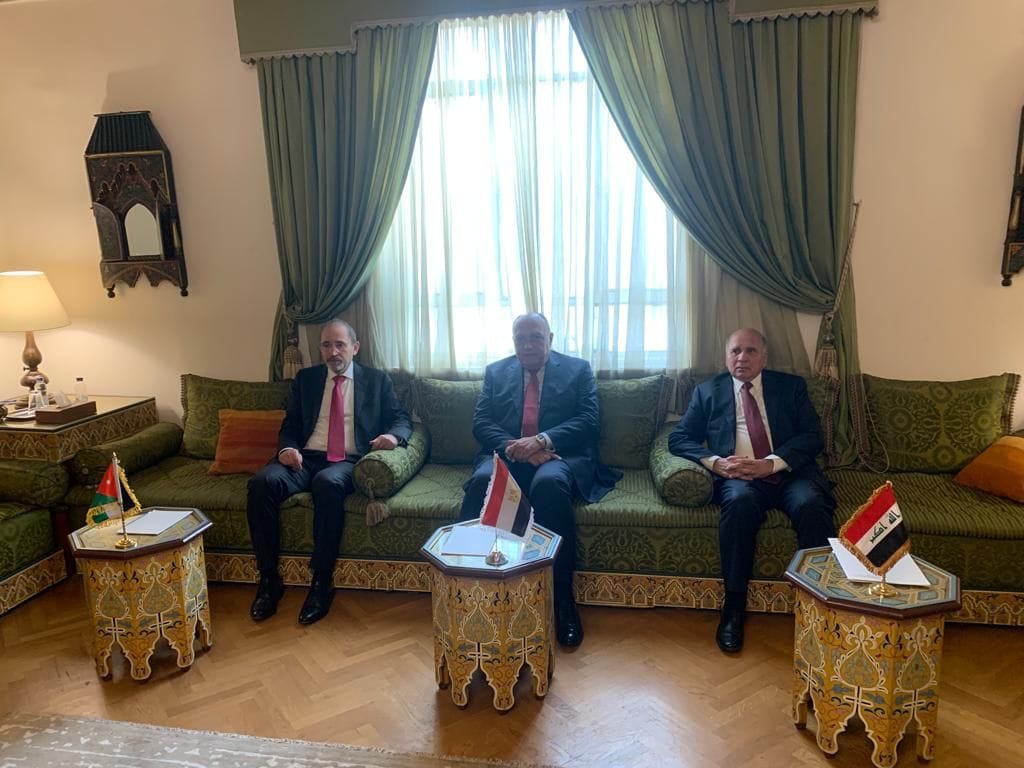 Hafez also added The ministers also discussed ways to continue to advance the strengthening of the various aspects of joint cooperation within the framework of the tripartite mechanism, especially in the areas of trade and economic cooperation of common interest and according to a specific timetable, in order to build on what has been achieved in this regard, and in a manner that meets the aspirations of the peoples of the countries The Three Towards Development and Prosperity.