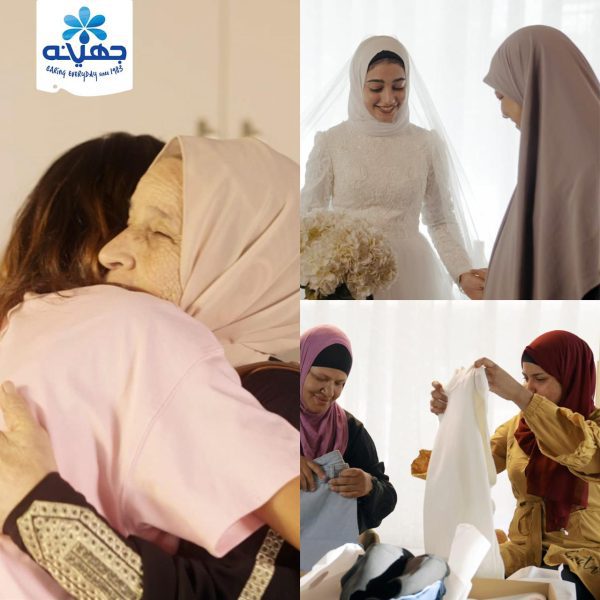 October 2022: Juhayna Food Industries announced the completion of the “Juhayna in your back, oh” campaign. Baheya” and presented it in a new way in the International Breast Cancer Awareness Month, with the aim of collecting donations to complete the construction of Baheya Sheikh Zayed Hospital for early detection and treatment of breast cancer to be ready to receive 215,10 a lady in

, in addition to inviting all members of society to participate in the volunteering program on the Baheya Foundation website, which represents a broader model for ways of support, including more comprehensive forms of donations.
Basant Fouad, Head of External Relations Sector at Juhayna, said: “I am happy to present the “Juhayna in your back, Bahia” campaign this year in a distinctive way, which comes from the company’s belief and keenness to stand In addition to women fighting breast cancer and providing them with the best medical and psychological services. The campaign came to confirm Juhayna’s effective participation in community development by specifically supporting and supporting women and helping them to play various roles in society and working to build healthy generations for a better future.”
Fouad continued that some women feel that they are a burden on their families and are very sensitive in this regard, which may negatively affect their health condition, and some of them may take a decision to stop the treatment. Hence the idea of ​​launching the campaign, which had a wide impact thanks to the participation of a group of influencers on social networking sites such as Chef Sarah Nashaat and fashion designer Basant Badran, who had an effective participation, including providing their services to relieve the psychological burden on female fighters and raise their morale. We aspire to make a greater impact by inviting all individuals, companies and brands to join us and donate to build Baheya Sheikh Zayed Hospital or participate in the volunteering program. By doing so, we ensure that the efforts of the female warriors in their social and work life are spared. So far, the campaign has been able to make great progress in terms of integrating efforts among community members, which led to an increase in the volume of donations in October
by

Tamer Shawky, Chairman of the Baheya Foundation, expressed his pride in the cooperation between Baheya and two faces, looking forward to more joint successes. Reflecting on the community, he said: “Juhayna was and still is the official and main sponsor of Baheya in her journey to eradicate breast cancer. Perhaps this partnership is a vivid example of the importance of cooperation between the private sector, represented in Juhayna, and civil society institutions, represented by Baheya Foundation. The company spares no effort in order to support us to support the fight against cancer in various ways, and the Foundation is keen to provide treatment services at the highest level of quality and efficiency.”