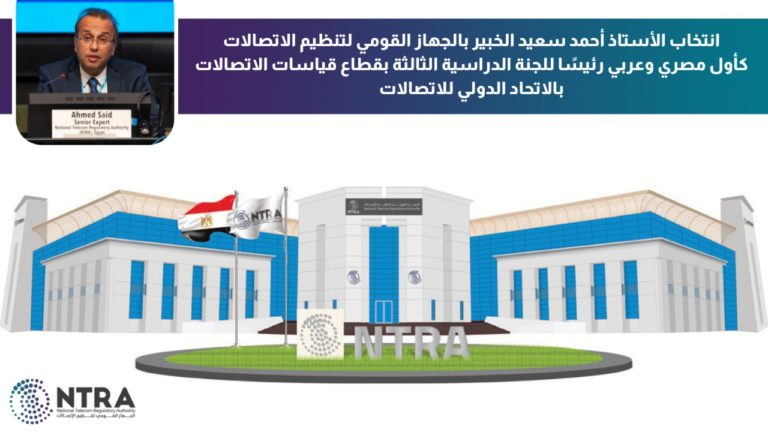 The Egyptian contributions to the Third Study Committee over the past years have been the mainstay for the success of many decisions issued by the International Telecommunication Union regarding issues related to Internet applications and mobile financial services. In dealing with Internet applications in 2018, after the National Telecommunications Regulatory Authority, represented by Mr. Ahmed Saeed, led the Arab and African group to support this decision, and the Egyptian leadership was also represented in leading the African and Arab group to issue recommendations for mobile financial services and support African countries to develop these services Because of its importance to the African and Arab region.

2022 It is worth noting that the third study committee in the Telecommunication Measurements Sector of the International Telecommunication Union is the committee concerned with studying tariffs and prices of telecommunication services and setting standards for calculating costs for service providers. An international organization used as references for countries in formulating their own regulatory frameworks. The Committee discusses and issues recommendations in many general issues of an economic nature such as the cost of providing services and the economic impact of new services such as applications for Internet of things services and data centers.