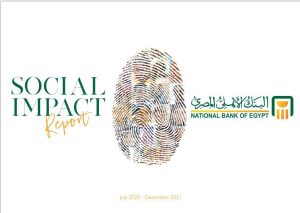 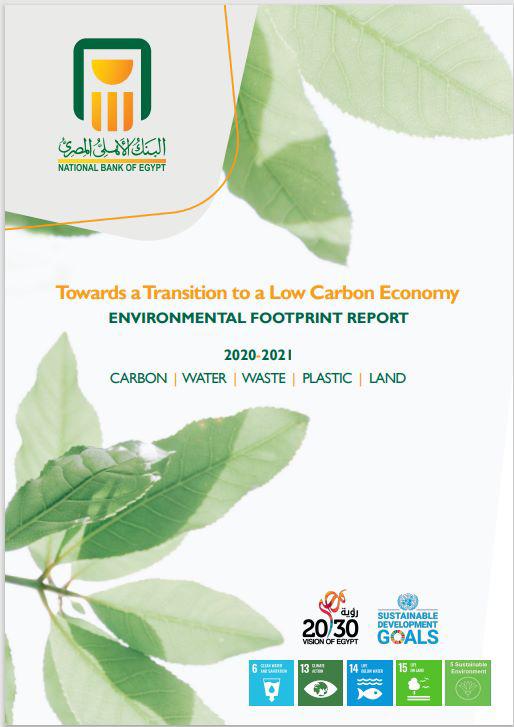 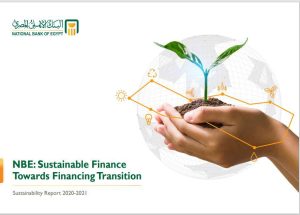 The National Bank of Egypt issued for the first time in the Egyptian banking sector three detailed reports that support sustainable financing and based on sustainability with its main environmental, economic and societal axes, which are in line with the global goals of sustainable development, namely GRI sustainability report, environmental footprint report and social impact report.

Hisham Okasha, Chairman of the Board of Directors of the National Bank of Egypt stated that the bank The second sustainability report “Global Reporting Initiative GRI” was issued, which is based on the new global standards that will be binding on all institutions starting from January 2021, reflecting the importance of measuring banking performance through It dealt with the bank’s most important achievements and initiatives, based on the bank’s strategy in this field, including several main axes that seek to activate a low-carbon green economy and inclusive growth and development. On digital and the inclusive economy to include all segments of society in accordance with international standards, noting that the number of clients of the National Bank of Egypt has reached more than 18 million customers, in light of the fact that comprehensive growth is not only achieved at the financial level, but extends to include the innovation of advanced banking services, the empowerment of the human element and more activation of governance according to specific criteria, and the total credit facilities granted by the Bank to support green finance and small and micro enterprises to more than 1. 213 billion US dollars.

For his part, Yahya Aboul Fotouh, Vice Chairman of the Board of Directors of the National Bank of Egypt, indicated that the bank had issued its first environmental footprint report entitled “Towards a Transition to a Low Carbon Economy” for the period from July

. and until December 2021, which is considered the widest in the banking sector, as it includes five main axes, namely: Measuring the carbon footprint, water footprint, plastic footprint, waste footprint and land footprint, with clear targets for carbon emissions within all the bank’s headquarters and branches in various regions. across the Republic, and based on three main axes aimed at accelerating the transition to a green economy, supporting low-carbon activities and supporting green finance, where the National Bank of Egypt was a pioneer for more than years through the Pollution Control Program in Egypt to reduce pollution resulting from the transport sectors and the management of highly polluting solid waste, in addition to the Bank’s marketing of 4 programs, including the Industrial Pollution Control Program (EPAP) in its three phases, the Compliance Program ECO, EBRD GEFF, Green Fund for Development (GGF)

as confirmed by Dalia El-Baz, Vice Chairman of the Board of Directors of the National Bank The National Bank of Egypt said that the bank also issued a social impact report for the first time with the aim of achieving the required balance between the bank’s growth and its impact on society in all its categories, as it focuses on the most important elements of empowering women, youth, entrepreneurs, small, medium and micro companies in the community and allowing the geographical spread of the bank’s branches throughout the Republic, With the provision of banking services and products to integrate people of determination into society, as well as education and awareness financial services to its customer base, pointing to the bank’s endeavor to invest in its human capital of employees, in addition to its prominent societal role in various areas of community development, most notably health and education. This comes within the framework of the serious steps taken by the National Bank of Egypt to integrate sustainability standards into the risk system and all operational procedures and financing policies in various sectors, and as a major step in activating the bank’s sustainable financing map, and coinciding with Egypt’s reception of the COP Climate Summit 27 in the city of Sharm El-Sheikh this November.