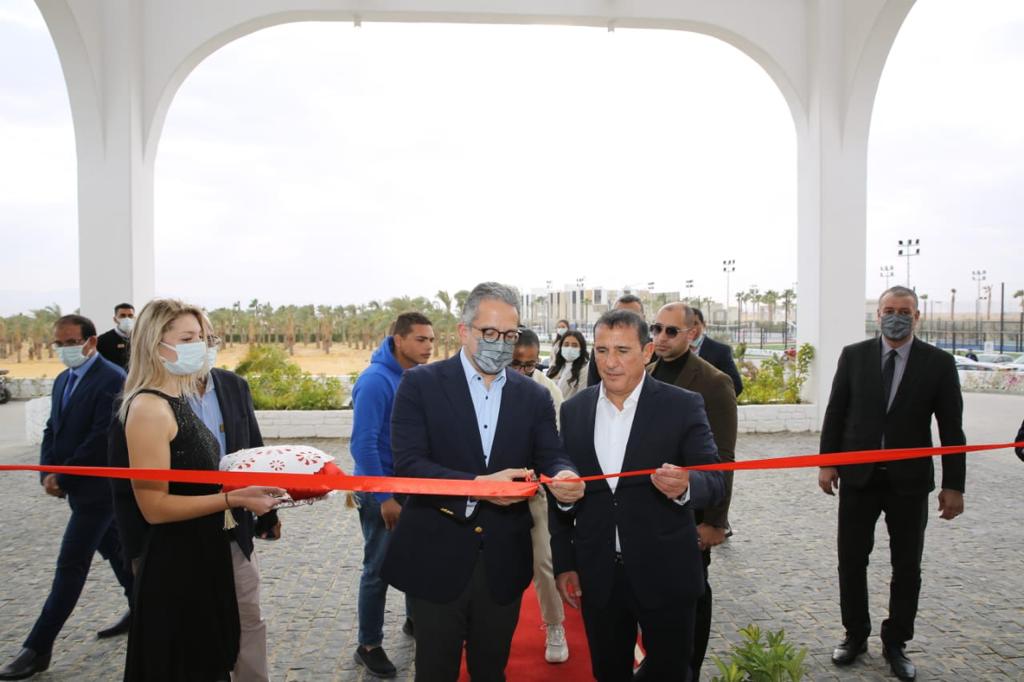 Dr. Khaled El-Anany, Minister of Tourism and Antiquities, inaugurated the Tanuk Hotel inside the Azha product in Ain Sukhna, which aims to attract international tourism of all kinds to the Ain Sukhna region. The hotel’s investments amount to 250 One million pounds, and it includes 400 a unit between luxury suites and rooms, and it also offers a number of Of the various tourism and hotel services, Dr. Khaled El-Anany praised the distinguished level of the hotel, which is an addition to Ain Sukhna’s tourist capabilities, stressing the state’s support and support for every effort that adds to attract international tourism, especially to promising tourist areas, especially Ain Sukhna, because of its various attractions that make it a destination New for tourists among the distinguished destinations in Egypt

A crowd of executive and tourist leaders and public figures participated in the opening. Presented by Dr. Moss Tofi Waziri, Secretary General of the Supreme Council of Antiquities, Hossam El Shaer, Chairman of the Board of Directors of Sunrise Hotels and Resorts, the company that owns the hotel, Dr. Nader El Beblawi, President of the Chamber of Tourism Companies, Nasser Turki, Vice President of the Federation of Tourism Chambers, Jasser Bahgat, President of Madar Development Company, owner of Azha Resort, and Habiba El Shaer, Vice President Sunrise Group and a number of heads and members of the tourism chambers and tourism investment associations 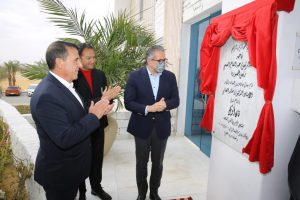 Hossam Al-Shaer, head of the group confirmed Sunrise Hotels and Tourist Resorts The establishment of the hotel inside the Azha Resort in Sokhna aims to attract international tourism for the first time to the Ain Sokhna region, which is absent from the international tourism map in Egypt despite its unique and distinct tourist capabilities. The poet declared that tourism in Egypt has promising competition opportunities despite the crises Which hit the world because of the Russian-Ukrainian war, but there are other markets that are growing well during this period, such as East Asian countries and Arab tourism

Habiba Al-Shaer expected that Ain Sukhna would witness the start of the influx of international tourism as soon as possible thanks to its distinguished capabilities and proximity It is from the new administrative capital and Cairo, next to its charming atmosphere and unparalleled landscapes. Confirming that there are already reservations from several countries for the new Tanuk Hotel that has been opened, Habiba Al-Shaer added that the volume of investments in the hotel is 400 One million pounds, and the hotel consists of 400 a 5-star room and targets Egyptian, Arab and international tourism with high expenditures, She pointed out that the security and safety that Egypt currently enjoys, and the infrastructure projects, roads and other projects that are taking place on its land, make it one of the most attractive countries for tourism during the coming period. For his part, Jasser Bahgat, head of Madar Development Company, which owns Azha Sokhna Resort, confirmed that the opening of the Tanuk Hotel comes within the company’s goals, which attracted the attention of Egyptian tourism companies and major tour operators in the world to what the area enjoys Sokhna is one of the distinct tourist potentials, which makes it among the best promising tourist areas in Egypt, noting that the “Azaha Ain Sokhna” site provides its pioneers with a unique and unprecedented experience of life on an area of ​​about 250 Feddan for Real Estate Development, and is the largest tourist project in Ain Sukhna with an investment cost of 6 billion pounds. The project includes its beachfront extending for about 8664 meters in a tourist area highly distinguished by its natural beauty, sulfur eyes and white sand on the coast of the Gulf of Suez In the Red Sea.