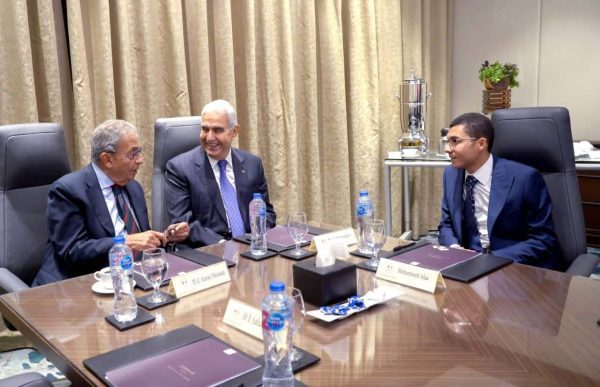 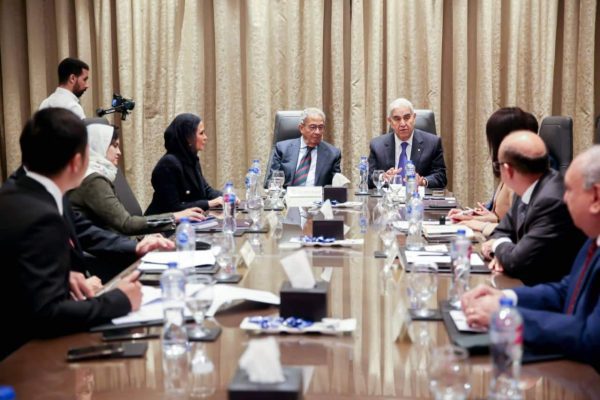 Members of the Board of Trustees of the Egyptian Businessmen Foundation met To discuss the mechanisms of the Egyptian-Chinese Businessmen Foundation’s work and its role in achieving fruitful cooperation between the Egyptian and Chinese sides, setting general frameworks for the executive and advisory form of the institution, and distributing tasks, in addition to discussing the final preparations for the official launch of the institution.

The Egyptian-Chinese Businessmen Foundation is an important step and opportunity A new initiative towards pushing Chinese investment inside Egypt, deepening strategic relations with the friendly state of China, and continuing to build bridges of economic, commercial and cultural cooperation between the two countries. The Egyptian government encouraged the establishment of the Foundation in cooperation with the Chinese Embassy in Egypt in accordance with Egyptian law. February 2022 establishing the Foundation as an international social entity with a legal identity.

Mr. Amr stated Moussa, former Secretary-General of the League of Arab States and Chairman of the Honorary Board of Trustees of the Egyptian-Chinese Businessmen Foundation: “At this stage, we are all here and in all four corners of the world, witnessing China’s amazing progress in the world of economics and finance, China’s economic proposition, and China’s growing role in International relations,” adding: “Here in Egypt and the Arab world, things are changing and developing in the economic fields and economic and development cooperation, and for Egypt, it is at a stage during which it is working to move towards the future, and in cooperation with a great and great country like China, and I think the opposite also, the investment climate is In Egypt, he presents a bright picture of what he led Eng. Majd Al-Din Al-Manzlawy welcomed the members of the Foundation in its first meeting and said: “Our mission is to work with every effort to deepen the economic relations between Egypt and China, and creating a good climate for Chinese companies and encouraging them to invest in Egypt, in addition to advancing the Chinese industry inside Egypt, and benefiting from it to achieve the Egyptian state’s vision and strategy towards the localization of industries. The Egyptian-Chinese Businessmen Foundation stressed the need and the quality of intertwining between the Egyptian and Chinese members, so that there is a broader understanding of the size of the relations, and how to develop them, and talk about creating a different investment experience for Chinese businessmen inside Egypt, instead of the difficulties they are going through, thus achieving a boost in the investment wheel. , and also talking about having relations at the level of governmental economic cooperation between the Egyptian state and the Chinese state.

Alaa added: We are the only institution inside Egypt that includes Chinese members, and therefore we are the most familiar with the obstacles facing the Chinese investor inside Egypt.

Mr. Omar Wang, CEO of the Egyptian-Chinese Businessmen Foundation, said: There is a big cultural difference that is difficult to understand in Egypt, such as the severe ban on investing in dollars, so we must be aware of the nature of the Chinese investor and the difficulties he faces and the solutions he proposes and wants to achieve Reality.

The members stressed the importance of removing the obstacles that hinder investment between the Egyptian and Chinese sides, and overcoming them, which helps to increase the activity and pumping of investments between the two sides, as well as the importance that the foreign investor, especially the Chinese, find A safe economic policy that attracts him to invest in Egypt. The members also agreed on the procedures that must be worked on, such as the formation of an accurate database so that all information about the economic situation and the cost of production, which has become very high in the recent period, as well as the necessary measures to inject investments, are available. The investor is exhausted by the difficulty of obtaining data from more than one government agency.

It is worth mentioning that the honorary board of trustees of the Egyptian Chinese Businessmen Foundation consists of Mr. Amr Moussa, Mr. Nabil Fahmy, and Mr. Mohamed Al-Orabi, Dr. Sahar Nasr, Engineer Abdullah Ghorab, and Engineer Samir Al-Sayyad, while the Executive Board of Trustees consists of Engineer Majd Al-Din Al-Manzalawi as Chairman of the Board, and the membership of Mr. Muhammad Alaa, Mr. Omar Wang, Ms. Gianna, Mr. Ho Hanhao and Mr. Magdi Tolba, and Mr. Atef Lamei.