The Chairman of the Board of Directors of the Bank of Jordan, Shaker Fakhoury, said: “The decision to branch out into Iraq is a consolidation of our regional presence and a translation of the strategy The bank, which was adopted by the expansion of its business in the countries of the region, whose markets are witnessing remarkable growth and promising opportunities, which will reflect positively on the services provided to our current and future customers. We also seek to develop our banking system, as a translation of the royal visions to increase investment, coordination and economic cooperation between the two countries, and to consolidate the strong economic and historical relations with Iraq. Fakhoury added: We are launching today in Iraq to translate the Bank of Jordan’s long-standing career, which extends for more than 330 years of work. Banking and financial, which reflects the success in implementing the bank’s aspiring vision to become the leading bank in the Arab region, and to expand its branch network to include the Iraqi market, which is one of the most important markets in the region. Mr. Fakhoury also indicated that the bank is currently working on preparing its first branch in Riyadh, Saudi Arabia, after recently obtaining a license to practice banking in Saudi Arabia. 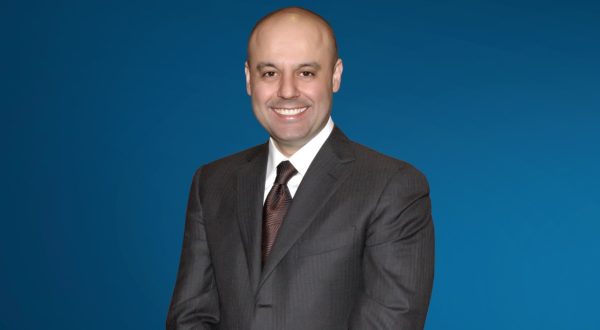 Fakhoury pointed out that this step It reflects Bank of Jordan’s commitment to designing its branch network in a way that enables it to achieve its vision and strategic directions and serve its wide customer base through its traditional channels, in addition to providing electronic and digital services to all its customers. Noting that Mr. Jawdat Jawdat was appointed as CEO of the Bank in Iraq, who has a long and extensive experience of more than twenty-seven years in banking. He held a number of important positions during his work in major local, regional and international banking institutions. 3340276 The Baghdad branch aims to provide financial and banking services that meet the needs of customers in accordance with the best international practices in this field. The Bank’s presence in Iraq will allow it to expand its services to its corporate clients located in Jordan and Iraq. The branch is also distinguished by a design that is consistent with the innovative concept of the business environment within the banking industry, and its compliance with the latest standards of customer privacy concepts, within interactive channels and easy procedures. The Bank of Jordan works in accordance with the approach of continuous improvement and development in all its activities and fields of work, and to keep pace with the rapid developments witnessed by the banking industry in accordance with the best international practices. The Bank seeks to excel locally and regionally without neglecting its role and societal mission, and through its team of qualified and trained employees who support the vision and strategy of the Bank and build on the accumulated achievements year after year. It is mentioned that the Bank of Jordan is one of the oldest Jordanian banks with roots dating back to the year 1960, and it has a wide presence that established it throughout its career, until it became It is present across the Middle East through its branches, subsidiaries, digital and electronic channels. The Bank of Jordan group includes Bank of Jordan, its branches operating in Palestine, Bahrain Wholesale Branch, and its subsidiaries: Bank of Jordan – Syria, Excellence for Financial Investments, Jordan Leasing Company, and today Bank of Jordan – Iraq. The banking network of the Bank of Jordan group across the countries in which it is present also includes: 537 a branch in Jordan, 11 a branch in Palestine, a branch in Bahrain, and 45 A branch of the Bank of Jordan – Syria, and 537 an ATM that serves all customer segments.