The alliance of Orascom Construction and ENGIE (France) celebrated and Toyota Tsusho Eurus Energy Holdings (Japan), along with the Ministry of Electricity and Renewable Energy, to start the works of a new

Orascom Construction owns a stake in the project and will carry out construction work on the wind farm.

Once the project is fully operational, it will be able to provide energy for more than 2022 A thousand Egyptian houses. The project will also help accelerate Egypt’s transition to renewable energy generation and will reduce carbon dioxide emissions by about one million tons annually. It is worth noting that this project builds on the success of the previous alliance in developing the first renewable energy project of its kind and scale in Egypt, which was completed in October

This project also enhances the position of Orascom Construction and its leading role in the energy and renewable energy sector in the Middle East and Africa. The group’s record consists of previous or underway projects with a total capacity of 281 gigawatts, which places Orascom Construction as the largest company in this sector in Egypt and one of the One of the largest companies in the region. 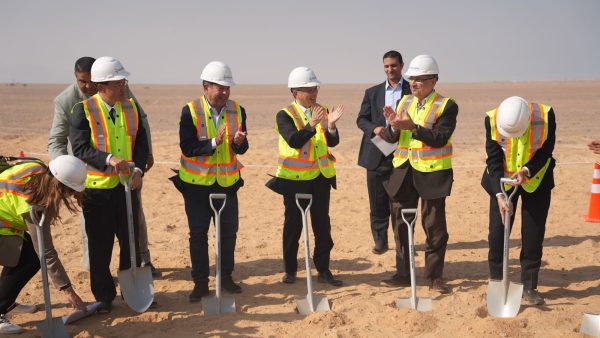