Talabat is proud of; The leading food and grocery delivery platform in the MENA region, announces Cristiano Ronaldo as its official brand ambassador; During the strongest football year in the history of the Middle East and North Africa.

“Requests” announces Cristiano Ronaldo as the official ambassador for the application 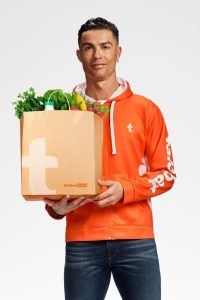 Cairo, Egypt — March 9, 2022: Talabat is proud; The leading food and grocery delivery platform in the MENA region, announces Cristiano Ronaldo as its official brand ambassador; During the strongest football year in the history of the Middle East and North Africa. Ronaldo, the historical top scorer in men’s international football, and the five-time Ballon d’Or winner, in addition to winning 32 a title throughout his career, and is known internationally recognized as one of the greatest footballers of all time, and one of the most recognizable sporting icons on the planet.

Through this collaboration, Cristiano Ronaldo’s “orders” will feature in a number of campaigns and activities across the region The Middle East and North Africa, and it will be the beginning of its campaign around “Talabat Mart”; The company’s express commerce store for its customers, starting with the official announcement video here. Through this partnership, Talabat brings to the region the most powerful Portuguese legend, both on the pitch and when delivering orders to customers.

Commenting on the announcement, Tommaso Rodriguez said; Talabat CEO: “We are very excited to be collaborating with Cristiano Ronaldo during what will be one of the strongest years in history for football fans in the MENA region. Ronaldo continues to push for more success and strength, and his story and values ​​are an inspiration to many and have had a positive impact on the world. At Talabat, we share many of its qualities, such as experience, reliability, and the way we work, and we look forward to continuing this journey by communicating with everyone who uses the Talabat platform.”

Tommaso added: “Ronaldo’s success is the result of his passion, accuracy, efficiency and reliability on the pitch. This is in line with the way we operate at Talabat, and we believe that these qualities are the reason why customers across the region trust Talabat as their daily go-to; As we are constantly using our technology to improve everyone’s experience on the app.”

Cristiano Ronaldo expressed his happiness with this announcement and said: “For me, Talabat and I share many qualities – the It’s about staying in shape and working smarter on and off the field, making sure I’m in the right place and time to make the most impact. I know I have to always trust my experience, intuition and skills, to make sure I give my best to the team, just as Talabat and the drivers do when delivering orders daily to customers across the MENA region.”

This year for Talabat will be a year to enhance the company’s efforts to provide the best possible experience for all users of the application, by focusing on reliability, operational excellence and diversity of options along with the experience of delivery drivers using the application across the region. Through this partnership, Talabat aims to make a continuous positive impact in the region and interact with communities through its various initiatives and campaigns.

The official video of the launch of this advertising campaign will be broadcast from Talabat”, which includes Cristiano Ronaldo for the first time on March 9 2022, through the accounts of “Talabat” on social media platforms, as well as on Ronaldo’s official account on Instagram.

Customers can now experience the most powerful delivery on Talabat through the iOS App Store and Google Playstore and Huawei App Gallery.