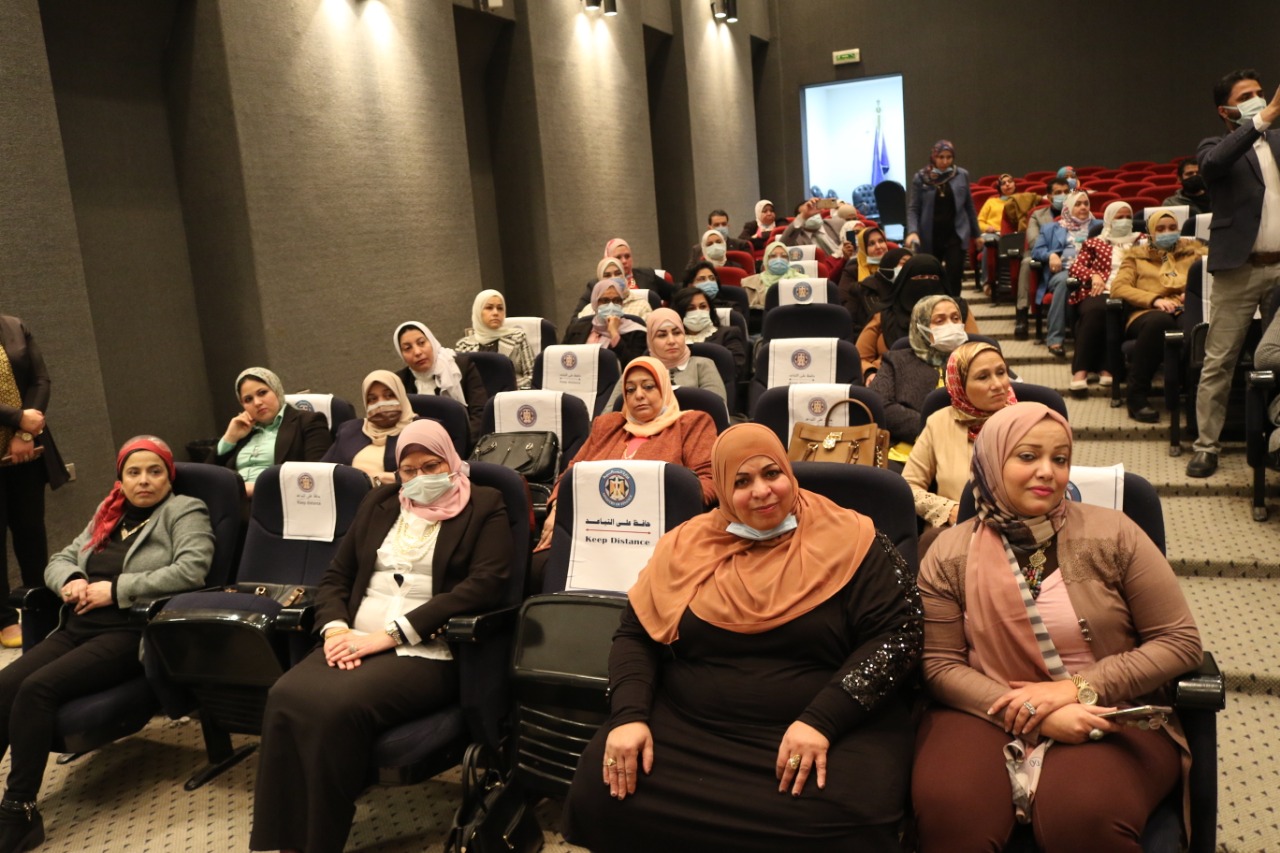 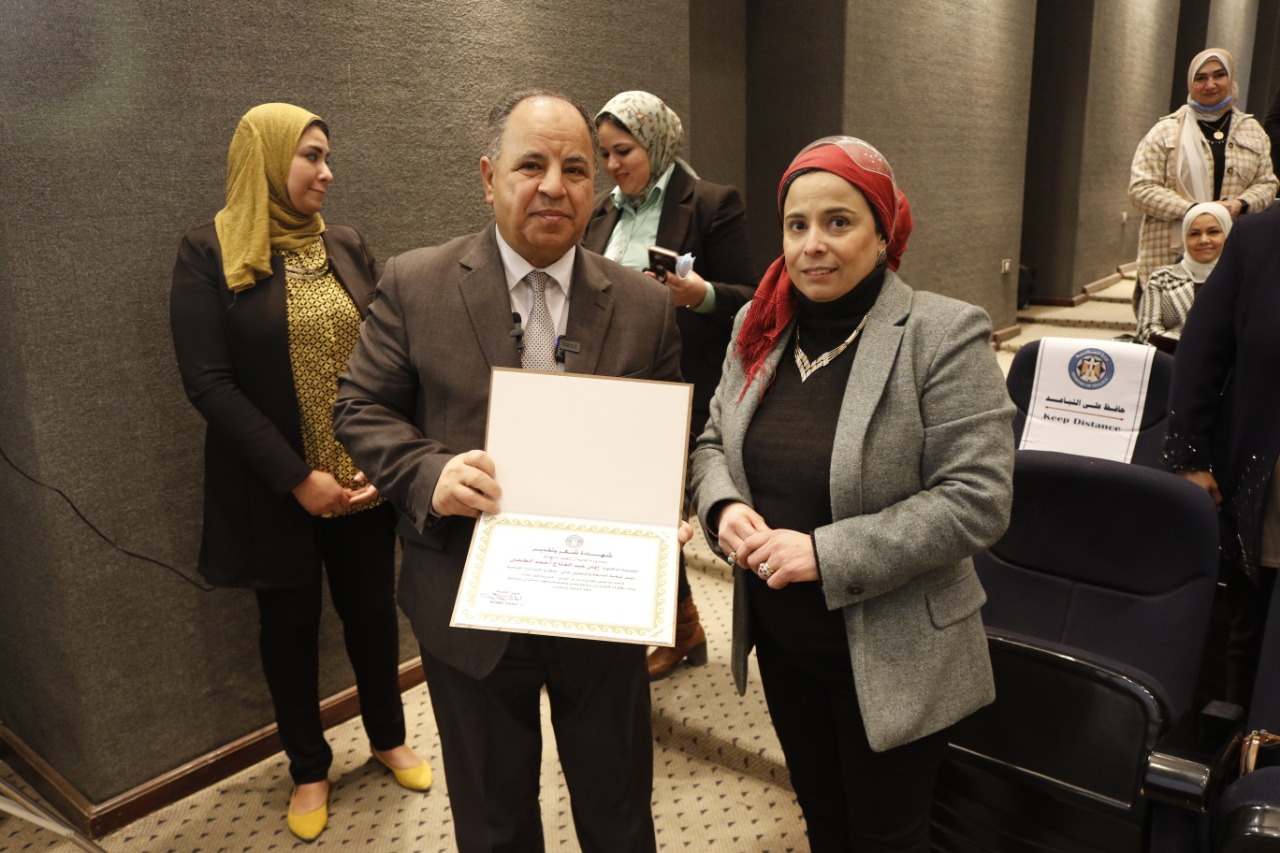 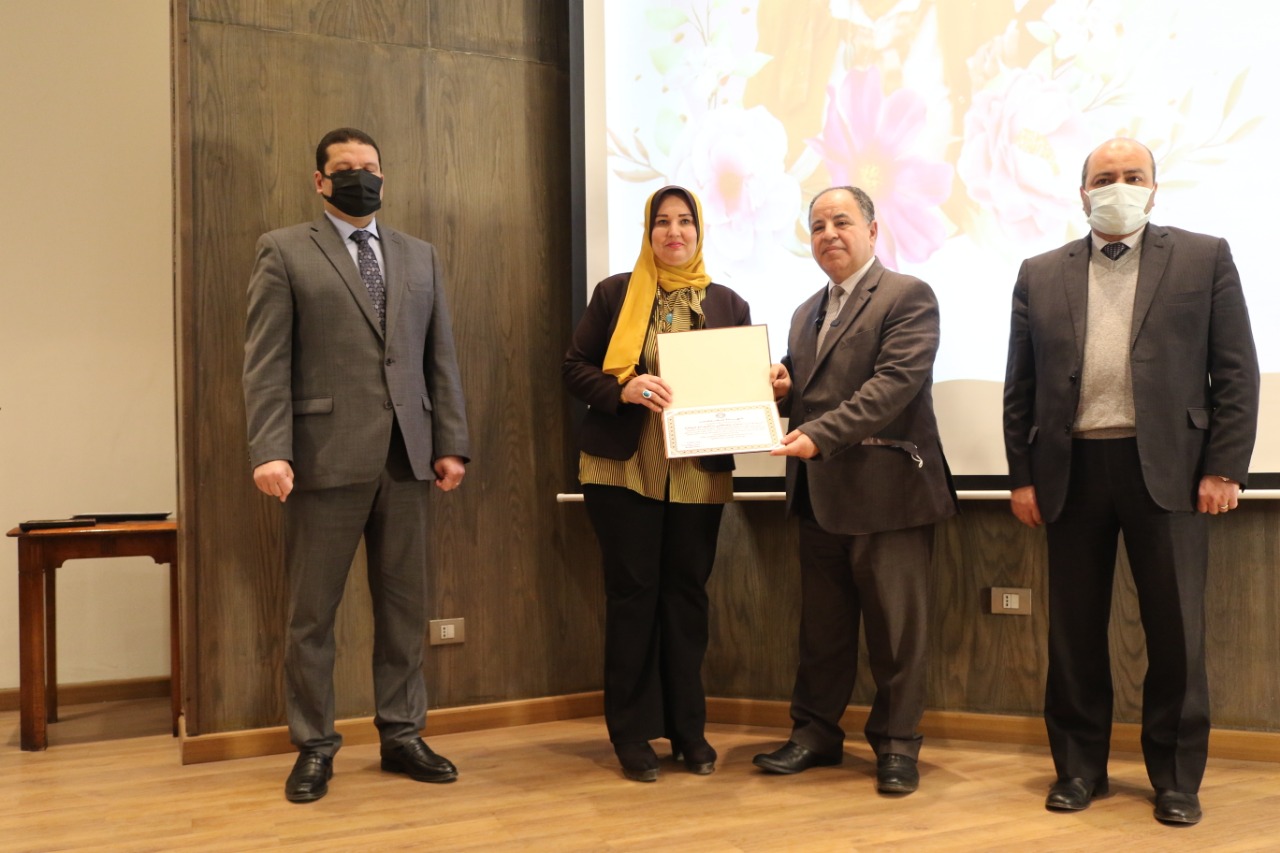 —————75745 8404 Dr. Mohamed Maait, Minister of Finance, confirmed that Egyptian women are living their golden age during the era of President Abdel Fattah El-Sisi, and enjoy all their political, social and economic rights. Various walks of life: minister, judge, teacher, governor, doctor, and police officer, to contribute with her unique national giving in building and developing the country, and she always remains a distinguished icon in the challenge, steadfastness, overcoming difficulties and self-affirmation. The Minister, while honoring a group of influential women leaders in the Ministry of Finance, added: Today we celebrate the success of a number of women leaders in the Ministry of Finance Those who excelled in carrying out their job competencies and taking care of their families, which necessitates salutations and appreciation for these honorable models as they are ambassadors of finance.. He said: “Thank you to the great women of Egypt.. in all walks of life.”

75745 The Minister reiterated his keenness to empower women competencies from leading positions in various sectors at the Ministry of Finance, believing that the Egyptian woman, with her immortal giving over time, It is the password for the progress of society and the building of human civilization, pointing out that we do not forget the growing role of Egyptian women in the success of economic reform, as they were the real support and the greatest supporter of efforts to preserve the safe economic path of the state. The Minister indicated that we rely a lot in the Ministry of Finance on the role of women’s competencies in the elaborate implementation of flexible financial policies; In order to achieve development and economic goals, explaining that the state’s general budget reflects, every year, the presidential directives, with the economic empowerment of women and the provision of comprehensive care for them. Dalia Fouad, Head of the Equal Opportunities Unit at the Ministry of Finance, explained that the “Noun” initiative was launched to shed light on women’s competencies in various sectors; To motivate them to pursue career excellence and develop their creative capabilities in a way that contributes to raising performance efficiency, and achieving the strategic objectives of the government’s program in accordance with the “Egypt 2030” vision. Among the honors are: Rasha Abdel-Aal Hassan, Assistant Head of the Tax Authority, and Hikmat Sabry Ibrahim Suleiman, Senior Researcher at the Office of the Head of the Tax Authority.

8404 Rasha Abdel-Aal, Assistant Head of the Tax Authority, contributed to the establishment of the Risk Unit for Electronic Returns and Invoices, which succeeded in revealing more Out of 17,000 tax evasion cases, 4,600 of them paid tax differences of about 6 billion pounds from the state’s public treasury dues, in addition to supervising the unit for examining electronic accounts systems for financiers, preparing the first integrated plan for the tax authority, as well as following up on the implementation of all projects to develop and mechanize the tax system. 75745

Hikmat Sabry Ibrahim Suleiman, Senior Researcher in the Office of the Head of Department, also contributed. Taxes, through the Investment and Free Zones Follow-up Committee, in raising the efficiency of collecting the dues of the state’s public treasury, in addition to assisting in Solving the problems of the financial sector, through a team that includes many technical and specialized expertise and competencies. Also among the honors are: Shwikar Jamal Sidqi, Director General of the Finance Sector, Zainab Ibrahim Ali, Director of Missions and Leaves Department in the Minister’s Office Sector, Iman Abdel Majid Ali, Head of the Sovereign Revenue Division in the State’s General Budget Sector, Tahani Rabie Ali, Director General of Accounts in the General Secretariat Sector, and Hosnia Abdel Al-Ghani Yassin, Head of the Military Production and Energy Division in the Budgets Sector of Economic Bodies and Units, Amal Fikri Sharobim, Head of the Education and Youth Division in the Alexandria Administration in the Local Administration Budget Sector, Susan Mustafa Ibrahim Abu Shusha, General Manager of the Final Accounts Sector, and Amal Ibrahim Mustafa, Head of the Central Administration of Final Accounts in the Accounts and Financial Directorates Sector Siham Ahmed Ali, Head of the Central Department for Legal Affairs at the Real Estate Tax Authority, Dr. Warda Mohamed Saleh, Director of Cases and Judgments Department at the Treasury and Mint Authority, and Asmaa Saber Abdel Hamid, Director General of the Technical Office of the Guards Clearing Authority. Among the honors: Iman Abdel Fattah Ahmed Al Tahan, Head of the Follow-up and Financial Analysis Division in the Final Accounts Sector, Hasna Abdel Samee Ibrahim, Director General of Stamp Taxes and Inspection of Governmental Authorities in Giza, and Nadia Fahim Abdel Wahab, an employee of the General Secretariat.