In implementation of the directives of Mr. Al-Qaseer, Minister of Agriculture Land reclamation by raising the efficiency of the assets in the Ministry and optimizing their use to achieve an appropriate economic return and to achieve integration between the various state agencies

Dr. Hassan Al-Fouli, head of the General Authority for Agrarian Reform, Saeed Saleh, advisor to the Minister of Agriculture for follow-up

, and Dr. Adel Al-Ashkar, head of the mechanized agriculture sector

In the presence of Representative Hisham Al-Hosry, Chairman of the Agriculture and Irrigation Committee in the House of Representatives, and some members of Parliament
8784 and Engineer Sayed Hammad, Head of the Central Administration for Agrarian Reform Cooperation
Engineer Fawzi Al-Hadari, Director of the Directorate of Agriculture in Dakahlia, and Engineer Yasser Othman, Director of the Directorate of Agrarian Reform in the governorate. The visit included the agricultural mechanization station and the automated slaughterhouse in Senbellawein and some credit and reform associations in the center, as well as a visit to the Al-Beidh station in Dakahlia and some assets that have been exploited and upgraded with agrarian reform

“Saleh” stressed that the efforts and follow-up to raise the efficiency of assets and their optimal economic exploitation are continuous and permanent until the desired goals are achieved.

He also stressed the necessity of distributing fertilizers to farmers using the smart farmer card, as well as paper possession and achieving a great deal of flexibility, stressing The use of the agricultural paper card is an exceptional situation this season and all farmers must quickly receive the smart card 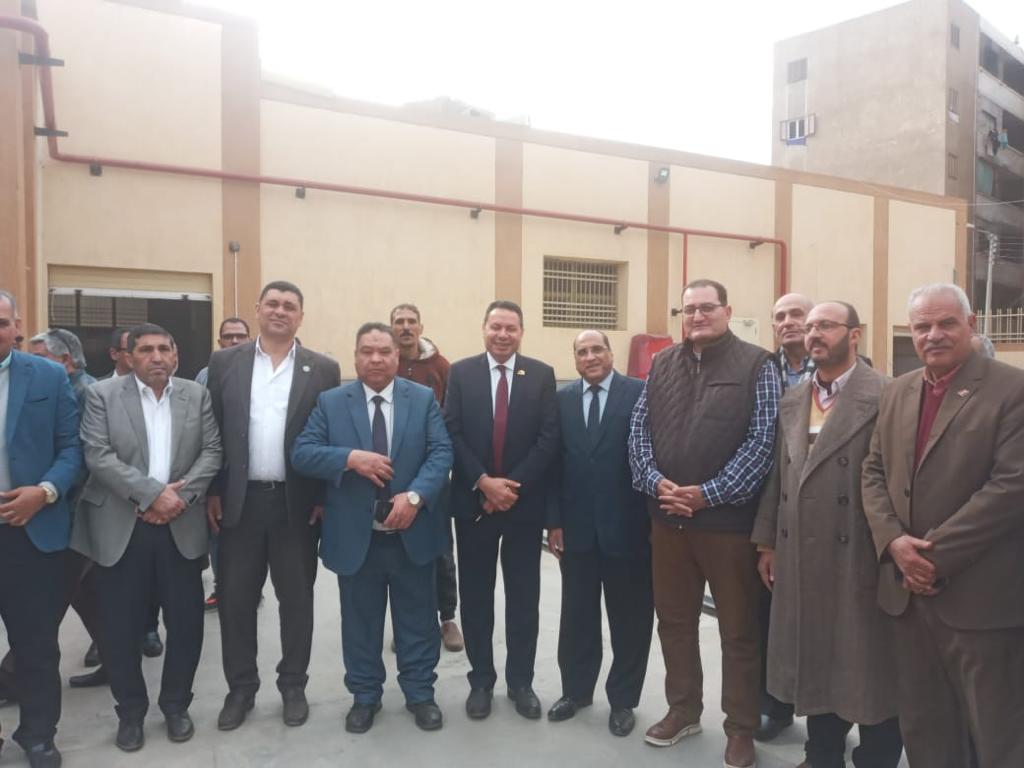 For his part, the deputy confirmed Hisham Al-Hosary that the development and service projects that have been achieved on the land of Egypt are based on providing a decent life for Egyptians, stressing that the agricultural sector is witnessing a boom in the level of services provided to farmers, which reflects the desire of the political leadership to provide safe and healthy food for citizens. At the end of the tour, the Minister’s advisor for follow-up confirmed the implementation of the The Minister of Agriculture directed the need to listen to the complaints of farmers and breeders and work to find appropriate solutions to them, noting that these rounds are continuing and will not stop to achieve their goal. And that the cooperation between the Ministry and the legislative authority is continuous and permanent