Mr. Al-Qaseer, Minister of Agriculture and Land Reclamation, witnessed the ceremony The final conclusion of the training courses for the Luxor Coordination Center in cooperation with the World Food Program and handed over training certificates to 158 an envoy From 32 the country of Africa in addition to India, Armenia and Sri Lanka
The meeting was attended by Ambassador Hamdi Loza, Deputy Minister of Foreign Affairs of Egypt for African Affairs
and Mr. Praveen Agarwal, Director of the World Food Program and some ambassadors of African countries 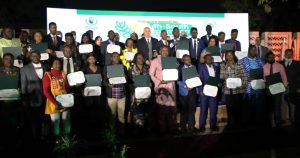 At the beginning of his speech, Al-Qusair welcomed the attendees from the Egyptian Ministry of Foreign Affairs, some ambassadors of countries, trainees, the representative of the World Food Program, the chairmen of the Agriculture and Irrigation Committees in the House of Representatives and the Senate, and leaders of the Ministry of Agriculture. He said that there t A great helper with international organizations and development partners

, as the Egyptian state is currently implementing major agricultural projects. He said that agriculture In the recent period, it has proven that it is one of the most important sectors affecting the economies of countries, and it is no longer only responsible for food security, but has also become a national security. Al-Qusair added that we are happy to train our colleagues from African countries and learn about the Egyptian experience and the tremendous development that agriculture has witnessed in the past seven years from an unprecedented renaissance. And also to deepen cooperation with all countries in the world, whether through training here or direct visits and meetings. The Minister of Agriculture said that there is an agreement with the World Food Program that the Luxor Coordination Center will be a training platform for all African countries and be a beacon to support agriculture, especially in the context of the Egyptian state’s interest in the south. The state is committed to inclusive development, which is the development of all geographical areas and all groups of society, as well as entrepreneurship and innovations, especially in the field of agriculture,

Al-Qaseer explained that there are many issues that I hope will receive the attention of fellow researchers in African countries, including water and salinity issues, dealing with climate change, desertification and diseases, and we must strive to provide solutions, innovations and applied research for these important issues affecting food security for countries

Al-Qusayr pointed out that the African continent is rich in natural resources and needs integration in order to optimally exploit these resources, achieve an added value to the national product and increase productivity. And supporting projects and research in the field of entrepreneurship and technology, and the Egyptian state is ready to provide all support in that. With the World Food Program in training African envoys, he also thanked the workers in foreign agricultural relations and the International Center for Agriculture 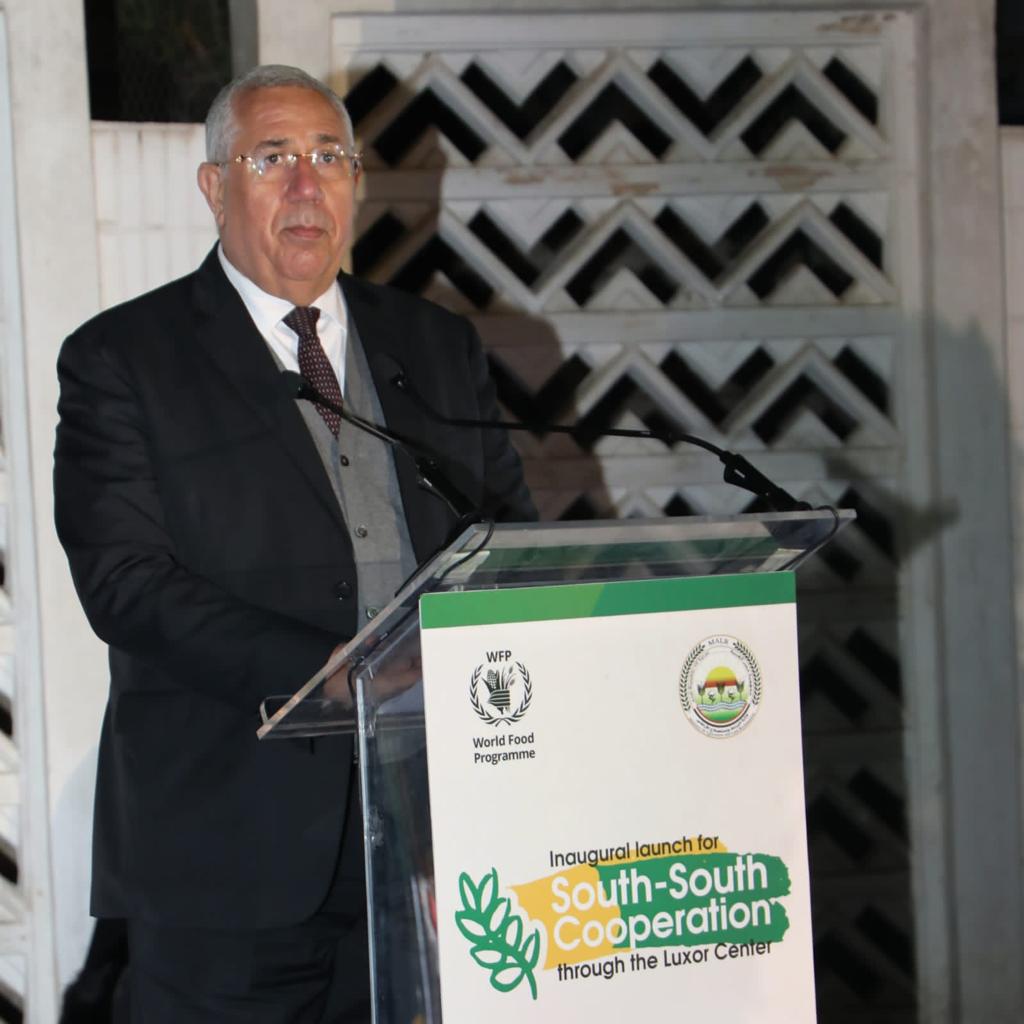 . On his part, he expressed Praveen Agarwal, Food Program Director La Alami expressed his happiness at starting the activity of the Luxor Coordination Center for the dissemination of knowledge and the role it will play not only in transferring Egyptian experiences to the trainees in the agricultural field, which he noticed during the training period and the integration that took place between the trainees and Egypt with its ancient civilization creating a momentum of knowledge for the trainees. He also expressed his happiness in cooperating with Egypt for many years and looks forward to strengthening, increasing and documenting this cooperation in the future. He also expressed his happiness with the success achieved by the Ministry of Agriculture and Land Reclamation in the marriage between the International Center for Agriculture with its long history and the Luxor Coordination Center, which will have a major role in proving the possibility of achieving success with regard to the south of the south

Dr. Saad Moussa, the supervisor of foreign agricultural relations, said that during the past years, Egypt sought to cooperate with the south of the south through cooperation with Development Partners The World Food Program has had a full and tangible role in implementing its new strategy (
–

), where the program, in cooperation with the Egyptian government, was keen to establish the first center for training those concerned with agriculture in all its forms in Luxor Governorate, Upper Egypt. The purpose of choosing Luxor to establish this center was due to its long civilized history, as it was once the capital of Upper Egypt

Moussa added that there was a keenness on the part of the Ministry of Agriculture and the World Food Program that the launch of the center’s work would reflect the goal of its establishment, which is South-South cooperation in its broad sense, i.e. cooperation between the countries of Africa, Asia, Latin America and Central Asia, which is What was reflected in the participation of 158 as a guest and I will not say a trainee while they are in their second country, Egypt
15 March، 2022
Facebook Twitter LinkedIn Messenger Messenger WhatsApp