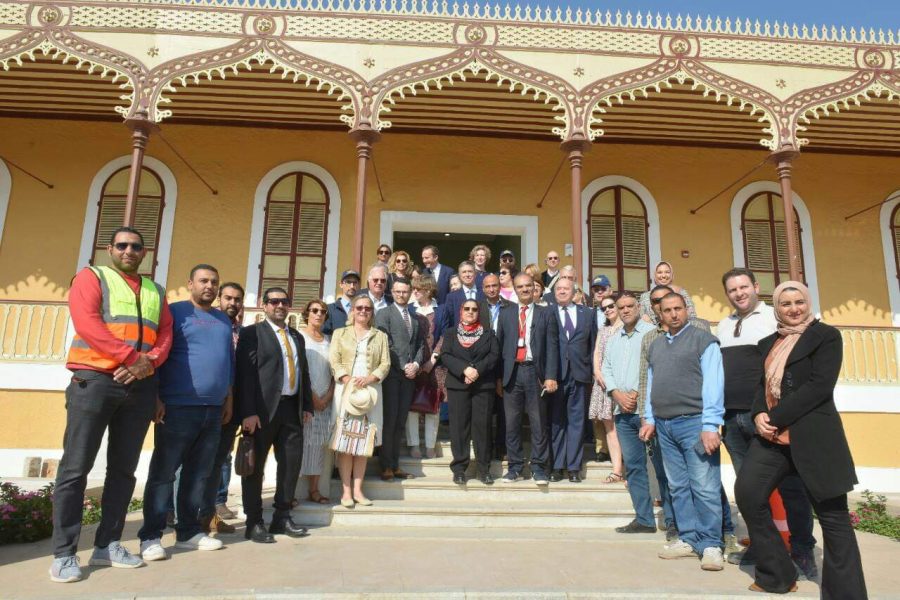 Lieutenant General Osama Rabie met the head of the Suez Canal Authority, Today, Tuesday, a high-level French cultural delegation from the Group of Friends of the Louvre Museum, headed by Mrs. Sabine de La Rochefoucauld, Head of External Relations at the Louvre Museum, accompanied by Mr. Sebastien Formaroli, President of the Friends of the Louvre Museum, and Mr. Bruno Scheffart, President of the Friends of De Lesseps Association, in the presence of Dr. Mohamed Dahabi, Consultant to the International Museum to the Suez Canal, in the Guidance Building in Ismailia Governorate. 1453839471810818

The visit aims to enhance ways of joint cooperation and review the developments of the museum project. At the beginning of the meeting, Lieutenant General Osama Rabie welcomed the French delegation in the Suez Canal Authority, and expressed his His aspiration for the International Museum of the Suez Canal to have a major role in promoting the Egyptian-French cultural rapprochement. 1453839471810818

Lieutenant General Rabie A The International Museum of the Canal represents a civilizational beacon and a hub for cultural and tourism development that supports the state’s efforts to develop the Canal region, pointing in this regard to the addition that the museum will represent after its opening in encouraging foreign tourism in parallel with efforts to enhance tourism of cruise ships and yachts passing through the Canal.

For her part, Mrs. Sabine de La Rochefoucauld, Head of External Relations at the Louvre Museum, expressed her pride in this visit, which aspires to strengthen cultural cooperation between the Louvre Museum and The Louvre and the International Museum of the Suez Canal. 1453839471810818

After that, the attendees made a field visit It included the halls of the World Museum of the Suez Canal, De Lesseps Lounge, and the International Canal Stadium, followed by a cruise tour of the New Suez Canal. 1453839471810818