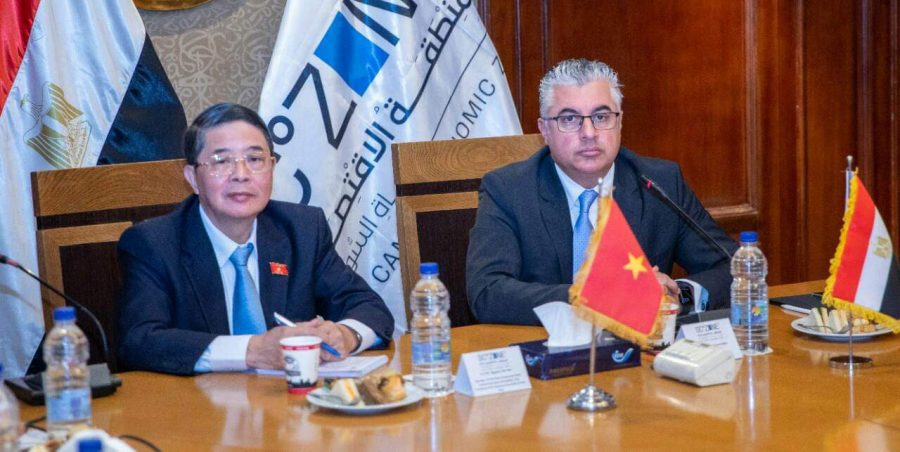 received Walid Gamal El-Din, Head of the Suez Canal Economic Zone Guen Hui Dung, Vice President of the Vietnamese National Assembly “Parliament”, during his visit to Cairo at the head of a Vietnamese parliamentary delegation. 1220671631862388

During the meeting, Jamal Al-Din pointed out the importance of advancing ways of joint cooperation between the Vietnamese side and the economic zone in Several axes, the most important of which is attracting Vietnamese investments and expertise, to establish industrial projects in several fields such as high-tech industries, feeding and complementary industries for Cars. 1220671631862388

In this context, Gamal El-Din drew attention to the East Port Said Automotive Industry Complex and the economic zone’s interest in localizing this industry. Within the national strategy of the Egyptian state to localize the automobile industry, in addition to the interest of the economic zone in specific industrial sectors, many countries tend to localize them. 1220671631862388

The head of the region presented the incentives that the Authority enjoys from direct and indirect financial incentives to investors, as well as the advantages and elements that the region enjoys over others, as six seaports overlook the Red and Mediterranean Bahrain and their integration with industrial zones.

Following the meeting, the Vietnamese side welcomed the economic zone’s promotional tour in coordination with the Vietnamese embassy and the association. National to view investment opportunities on touch Investing and companies in Vietnam during the coming period, and the two sides exchanged commemorative shields as an expression of the close relations between the two sides. 1220671631862388