Ahl Foundation participated Misr for Development represented by d. Heba Al-Suwaidi, Chairman of the Foundation’s Board of Trustees, in the activities of the twenty-third annual forum of the Arab Hospitals Union, which will be held from -15 March 2022 In Cairo, with the participation of the World Health Organization, the Regional Office for the Eastern Mediterranean, the Arab Ministries of Health, the Health Policy Forum for the Middle East and North Africa, health care associations and unions in the Arab countries under the auspices of the League of Arab States. 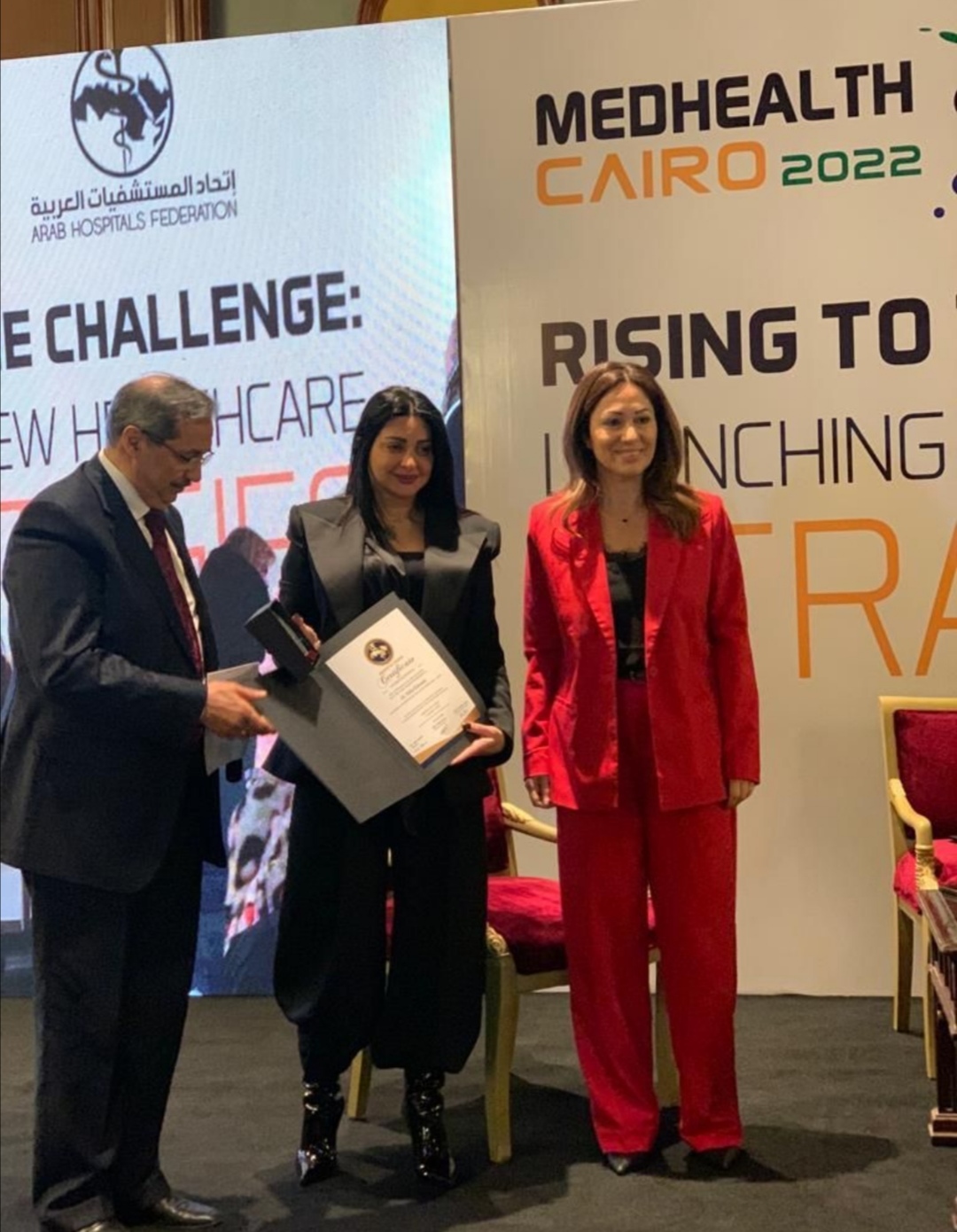 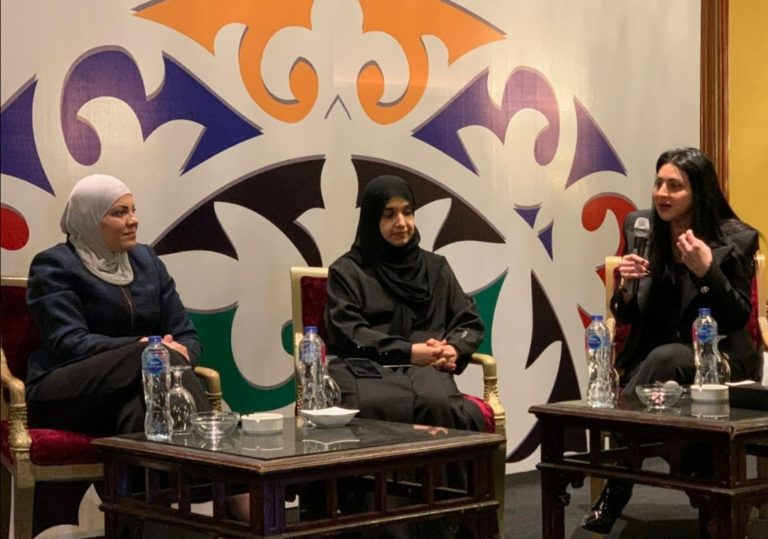 The participation of Dr. Al-Suwaidi, after honoring the last edition as a member of the committee at the level of the Arab world, and delivered a speech during the activities of the fifth session, on the second day of the conference, on the role of women in leading the health system under the title “When they shine, we all shine with them”, in the presence of Nisreen Katamesh – Director General and CEO of the King Hussein Cancer Foundation in Jordan, Dr. Asma Al Mannai, Executive Director of the Center for Research and Innovation at the Abu Dhabi Department of Health, Dr. Linda Badran, Head of Corporate Affairs for Emerging Markets Viatris, Dr. Kawthar Mahmoud – President of the Egyptian Nursing Syndicate and a member of the Senate The panel discussion was conducted by Mirna Shammas – Marketing Director and Editor-in-Chief of the Arab Hospital Magazine. The session was about stimulating women’s leadership in health and empowering women in health care. In her speech, Al-Suwaidi spoke about the role of women in health sector reform, and thanked everyone who contributed to making room for the “Ahl Masr Foundation for Development” “To be present here within the twenty-third forum of the Arab Hospitals Union.

and Dr. Heba Al-Suwaidi, Chairman of the Board of Trustees of the Ahl Masr Foundation for Development, expressed her happiness to participate in the conference, which is an extension of honoring her during the last edition of the Federation, explaining that the conference is an opportunity to shed light on the Egyptian health sector, which is one of the important models in the region that we are proud of and proud of for its impressive successes. Which is considered a global model in achieving health and economic balance, which invested the crisis in strengthening and developing the health system in an unprecedented way and contributed to extending a helping hand with medicines, supplies, oxygen and expertise to most countries of the world in a time of need and now Egypt has become one of the countries manufacturing anti-Covid vaccines 19, in addition to the achievements made in the field of women’s health.

And Al-Suwaidi added during her speech, “In Egypt, women represent about 42. 4% of human doctors, and 2002 % of the nursing staff working in the Ministry of Health are women, as women have a great role It is effective in the Egyptian medical sector, and as a result we see the brilliant names of female doctors who provided health and medical services through their tireless work in the field of medicine. The development of the medical field and the discovery of medicines and the treatment of many diseases are attested throughout history, and women will be relied upon to a large extent in the Ahl Masr Hospital for burns, which will open its doors in the coming months.”

It is mentioned that the Federation of Arab Hospitals is an independent, non-political, not-for-profit organization that represents and serves Arab public and private hospitals, medical centers, institutions and organizations concerned with the provision of health care. The Federation brings together approximately 2002 members from 91 An Arab country. The Federation of Arab Hospitals was established in the year 2002, and it constitutes an ideal platform for the exchange of ideas, policies and services in health care management, as well as providing education for health care leaders and is a source of information On health topics and recent trends in health care. The Federation maintains an official relationship with various organizations such as the Arab Ministries of Health, the League of Arab States, the World Health Organization, the Executive Council of the Council of Arab Health Ministers, the Executive Council of the Council of Health Ministers of the Gulf Cooperation Council, Hamad Medical Corporation, the Department of Health in Abu Dhabi, the Arab Unions and Associations of Hospitals, Nurses’ unions in Arab countries and Arab medical societies.

The Arab Hospital Federation has acquired the status of an observer member In the Economic and Social Council of the League of Arab States. Signs of high blood sugar, the effect of artificial sweeteners, and the best therapeutic foods