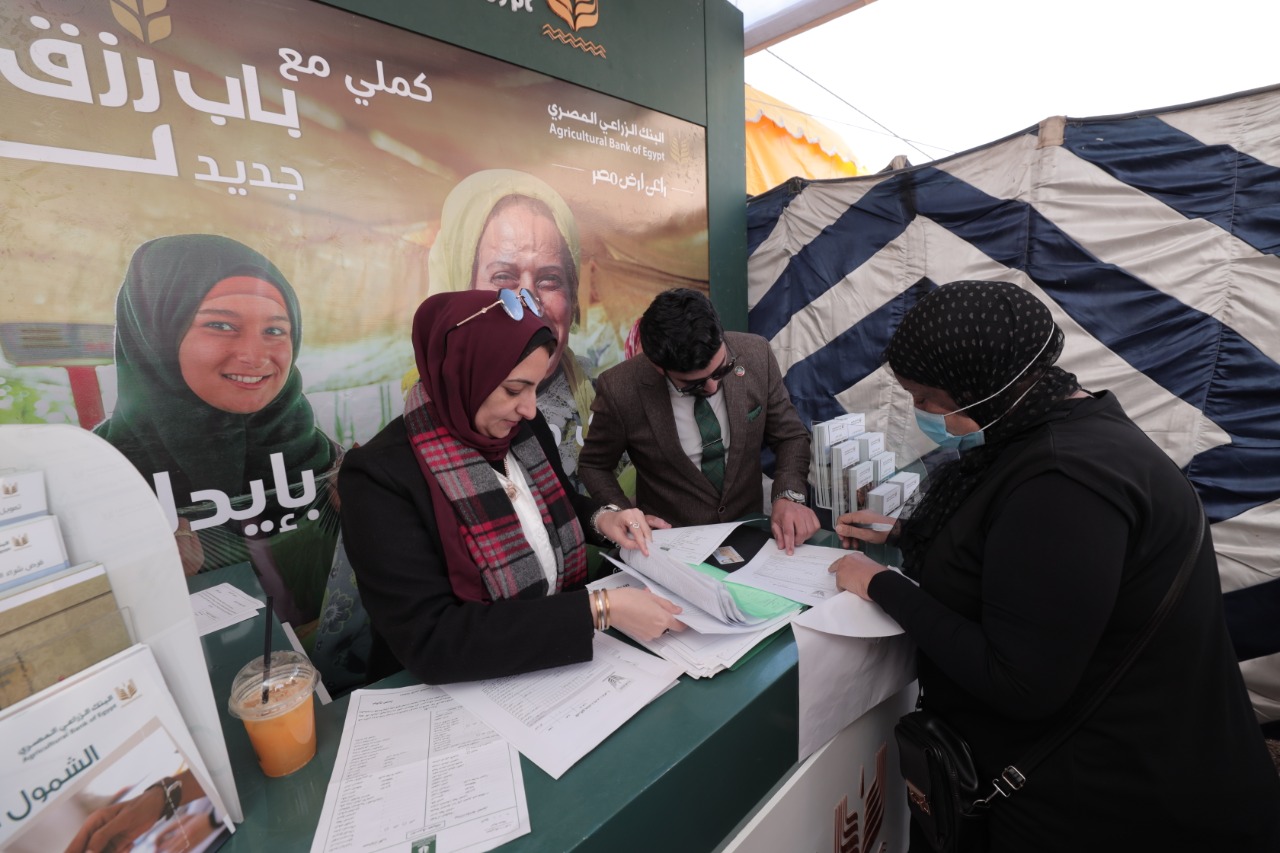 The Agricultural Bank of Egypt intensified its efforts and presence in Port Said Governorate to support and finance Agricultural development projects and small and micro projects to empower women and provide job opportunities for young people in cooperation with the governorate’s executive bodies, within the framework of the Bank’s endeavor to implement the directives of His Excellency President Abdel Fattah El-Sisi, President of the Republic, to raise the standard of living of citizens. 83304 The Agricultural Bank of Egypt contributes significantly to supporting the “Port Said Agricultural” initiative launched by the state to diversify economic activity in the governorate through the exploitation of the cultivable areas that More than 981 thousand feddans, where the Bank provides financing to small farmers in Sahel Al-Tina and South Port Said with facilities A large return and a simple return of 5% to motivate them to produce in a way that supports farmers’ projects and contributes to the development of the agricultural sector in the governorate.

At the same time, the Agricultural Bank of Egypt launched the “Bab Rizk” microfinance program in Port Said Governorate to support and empower Port Said women and youth by providing a Bab Rizk loan with great facilities to motivate them to work and produce and provide real job opportunities for craftsmen and small traders through The pavilion of the bank participating in the activities of the multi-community camp for economic empowerment and the exhibition of handicrafts and products of youth factories. On the Bank’s activity and its role in supporting and financing development and agricultural projects, Mr. Alaa Farouk, Chairman of the Board of Directors of the Agricultural Bank of Egypt, stressed that the Bank puts all its capabilities and capabilities to support the state’s efforts to achieve development in all governorates of the Republic, especially with regard to financing agricultural projects, supporting small farmers, economic empowerment of women and providing Job opportunities in implementation of the directives of His Excellency President Abdel Fattah El-Sisi, President of the Republic to achieve sustainable development and Egypt’s vision 4340.83304 He pointed out that Port Said Governorate One of the promising governorates that possesses many investment opportunities in the agricultural sector, animal and fish production, stressing that the Agricultural Bank of Egypt will be the largest supporter of agricultural and economic activity in the governorate by providing the necessary support and financing for these projects by providing agricultural production and mechanization loans at 5% interest in the fastest and easiest procedures to motivate small farmers On work and production. 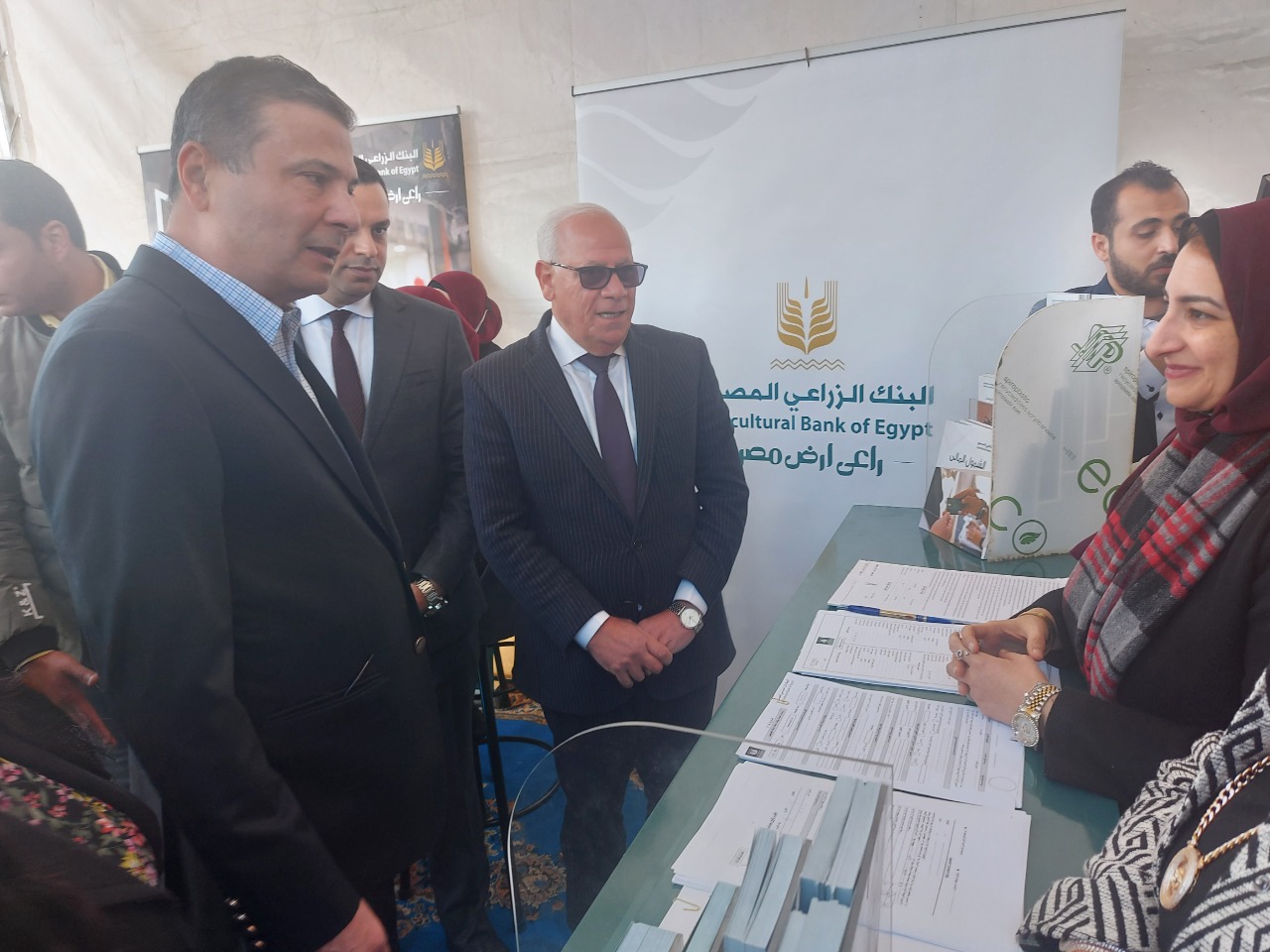 Farouk praised the efforts made by Major General Adel Ghadban, Governor of Port Said To achieve the Port Said agricultural initiative, stressing that he met the governor for the second time in one week and discussed with him cooperation in all fields, especially with regard to providing support to farmers for all types of agricultural crops and all activities related to agriculture, as well as providing all banking services, financing small and micro projects, and providing the necessary financing for various types of development activities. 83304 83304 He confirmed that the bank had donated to the province 3 modern agricultural tractors to support the system Pain The agricultural canna in the Tina plain area, provided that the governorate operates it for the farmers of the Tina plain to provide them with agricultural mechanization at the lowest cost. It was also agreed between the bank and the governorate to provide two centers for the governorate’s farmers to obtain agricultural loans and advances provided by the Agricultural Bank at the Technological Center for Citizen Service in the governorate’s general office and the Technological Center of the Council Port Fouad City to facilitate the provision of financial and banking services to farmers to achieve maximum benefit to farmers from the services provided by the Bank. Alaa Farouk explained that the Agricultural Bank will cooperate with the governorate in the field of providing real job opportunities to improve the standard of living of citizens through financing small and micro projects through the Bank’s participation throughout the period 35 A day in the activities of the community camp and the exhibition of handicrafts and products of youth factories, which represents a good opportunity for Port Said women and youth to benefit from the launch of the Bab Rizk program To obtain financing for their projects only with the ID card. 83304 He added: “This is in addition to cooperation.” With the governorate to implement the program to replace passenger cars, where an initiative will be implemented to replace old cars with modern ones to move between governorates, and a car exhibition will be held inside the land port for drivers wishing to benefit from the initiative and replace their old cars with modern ones.” 83304 For his part, Major General Adel Ghadban, Governor of Port Said, praised the role of the Agricultural Bank in supporting the comprehensive development efforts of the state and the keenness of the bank’s senior management to be present and communicate directly With citizens in all governorates of the republic, especially Port Said governorate, which witnessed two consecutive visits by the bank’s president in less than a week to coordinate and combine efforts between the bank, the governorate and farmers, stressing that all opportunities are available to provide facilities and loans to farmers in the Sahel Al-Tina area and others in a way that supports farmers’ projects and contributes to achieving development in the sector Port Said governorate hosted an open dialogue between the Governor of Port Said and the Chairman of the Board of Directors of the Egyptian Agricultural Bank And farmers of easy clay about the problems and needs of farmers, and the possibility of providing The support that contributes to the development of the projects of the people of the Tina Valley.