🔸 Abdul Ghaffar.. The Academy over the course of 50 years was proactive with a strategic vision through establishing College of Maritime Transport and College of International Transport and Logistics

said
The transport sector in general and maritime transport in particular have played a pivotal role since the beginning of the outbreak of the Corona pandemic until now, indicating that the sector Maritime transport fulfilled its mission in securing the safe arrival of food and medical supplies around the world.

“Abdul Ghaffar” added that the reality confirmed beyond any doubt that maritime transport is one of the strategic tools to face crises because of the licenses it represents. Cost, securing large quantities, the contribution of national income from foreign currencies, and the logistical activities that require economic, social, economic and investment dimensions.

He explained that maritime transport is responsible for transporting more than 90% of the volume of world trade, as African countries contribute about 6% of the total transported by sea First, between October 2020 and June 2020 the Shanghai container freight index rose from Shanghai to Dubai by 176% and from Shanghai to the Mediterranean ports by 400% . 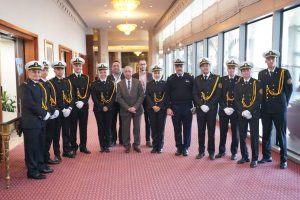 He indicated in his speech during the inauguration of the Red Sea Transport Works Maritime and Logistics (RSMTL), that countries have given great attention to the development of roads and sea ports and the establishment of dry ports, pointing out that the Red Sea is among the most strategic seas due to its location, and what it includes of the most important global shipping route represented in the Suez Canal, as it is considered a vital path for the oil trade And natural gas, in addition to the economic and logistical zones and sea ports that are located along the Red Sea, in addition to being one of the most important outlets of the COMESA economic assembly, which includes State.

He continued, saying: “The Red Sea Conference for Maritime Transport and Logistics comes at a different time to discuss and shed light on the impact of fluctuations in freight rates and policies Closure of factories and companies in whole or in part regions of the world, and the shortage of both containers and ships and congestion in the main ports and its impact on the Arab and African regions” 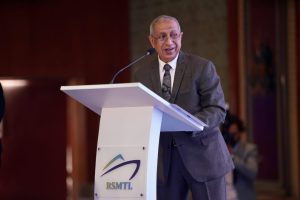 He drew attention to the Arab Academy for Science, Technology and Maritime Transport throughout 02 Years ago, it was proactive with a strategic vision through the establishment of the College of Maritime Transport and the College of International Transport and Logistics with their various specializations to meet the needs of the Egyptian state and the Arab and African countries of skilled and specialized cadres, and even the Academy extended the presence of the College of International Transport and Logistics in different parts Inside and outside Egypt to serve the needs of investment projects in international freight and cargo transportation. This is in addition to what the Academy enjoys as an Arab house of expertise specialized in the fields of transport and logistics. It is characterized by international partnerships, international awards, and high material and human capabilities. The Academy provides its training and research services. Advisory and educational services for the Arab and African regions based on the principle of sharing experiences and scientific and academic qualification with the aim of improving the level of performance of the Transport and Logistics Organization. 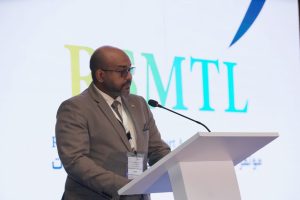 He went on to say: “The Academy has developed the college’s programs through international accreditations such as FIBAA, the European Union Accreditation Certificate, and even in line with The requirements of the current time, the Academy has developed the programs of the College to include new disciplines such as energy, oil and gas logistics. Today, by participating as a strategic partner with Galala University in this conference, out of our belief in the role of the academy in providing the experiences accumulated over the course of 50 Years of research, study, analysis and development of the events and changes that occur in the maritime and international transport industry and logistics.