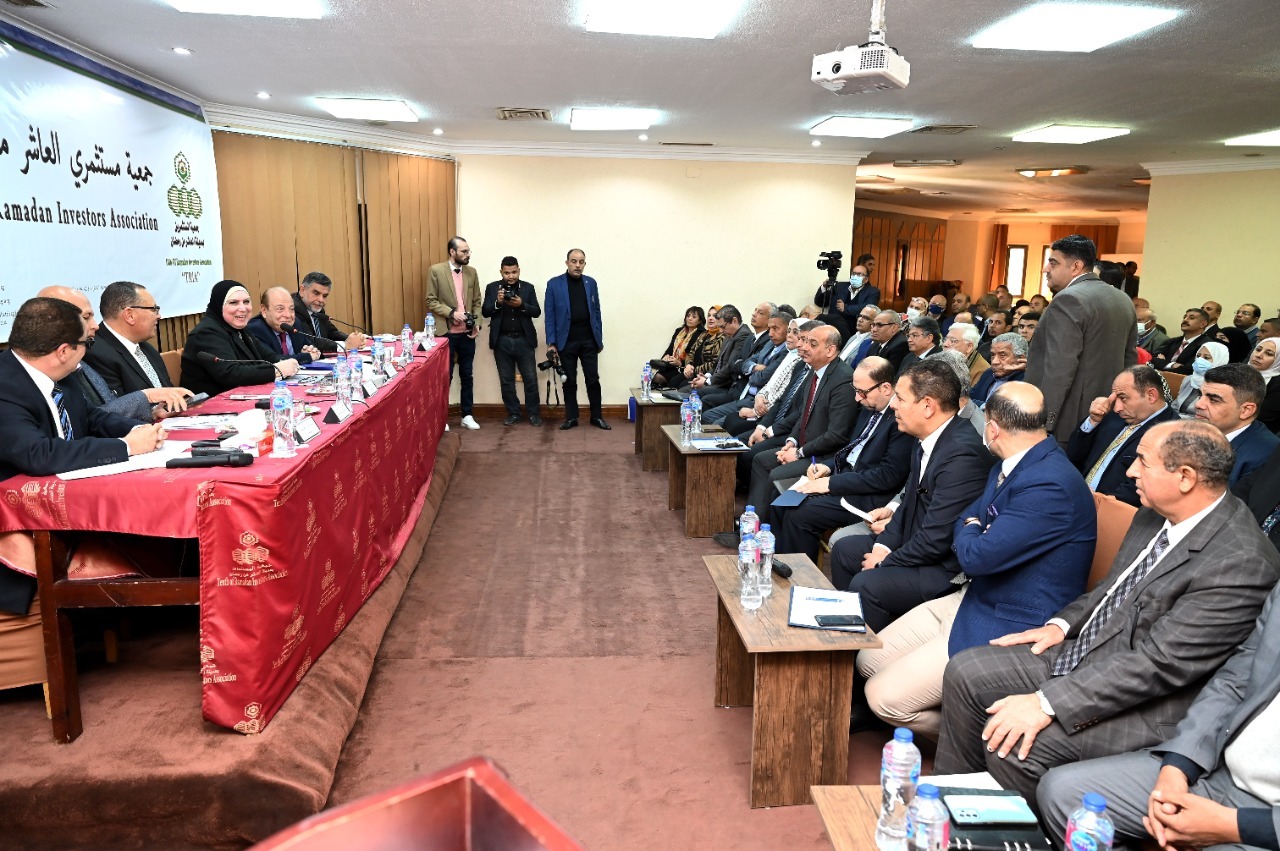 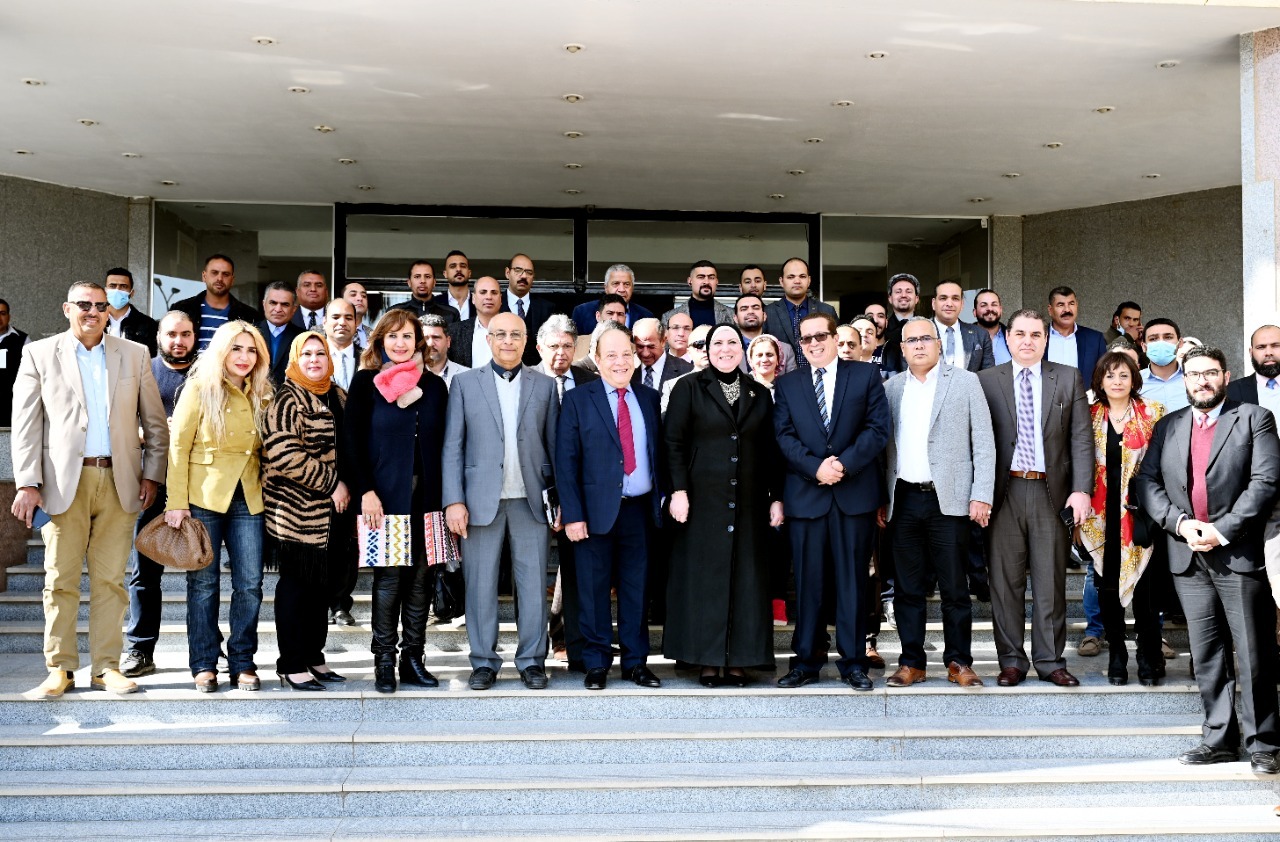 The decision to ban the export of a number of strategic goods aims to provide the needs of the local market.. An exception was granted for some prior export contracts

Nevin Jameh, Minister of Trade and Industry, affirmed her keenness on permanent and continuous communication with the industrial community to exchange visions on the development and development of the industrial sectors, as well as finding radical solutions to the challenges facing the industrial sector, noting in this context that the government with all its organs is striving to improve the investment environment and climate and provide more advantages. And incentives for investors in all production and service sectors.

This came during the minister’s expanded meeting with members of the Tenth of Ramadan Investors Association, which dealt with discussing ways to overcome the challenges facing manufacturers and exporters during the current stage. Mr. Ayman Reda, Secretary General of the Association, and Mr. Ahmed Omran, Head of the Tenth of Ramadan City Development Authority, along with a number of leaders of the Ministry of Trade and Industry.

The minister said that she issued exceptions to some companies that had prior contracts before issuing a decision to prevent the export of some strategic goods, and the Customs Authority was informed of these exceptions, noting that the world is going through exceptional circumstances that may require taking some government decisions and measures aimed at protecting the national economy and providing strategic goods in the market the local.

Jama called on the industrial community in Egypt to submit positive proposals for the development and development of the industrial sector, in a way that contributes to finding solutions to the challenges facing the national industry, providing the needs of the local market and exporting to foreign markets, noting that coordination is currently underway with the Ministry of Finance regarding the implementation of the ACI system, where all specifications have been registered. Approved in order to ensure the quality of imported products.

In this context, the Minister indicated that the Ministry is in continuous communication and coordination with the Central Bank of Egypt to follow up the implementation of the decision to open documentary credits for production inputs and capital goods, noting that the main purpose of the decision to open documentary credits is the governance of imports and the regulation of import operations. )The minister noted that a number of central laboratories affiliated to the General Organization for Export and Import Control will be opened in a number of Egyptian ports during the month of June, with the aim of ensuring the quality of products imported to the Egyptian market and the speedy release of shipments. Jameh pointed out that the issuance of the Law on the Development of Small, Medium and Micro Enterprises and its executive regulations constitutes a breakthrough in the services, privileges and facilities provided by the state to these projects, which include setting a unified definition for small, medium and micro enterprises, as well as providing unprecedented incentives, especially with regard to integrating informal sector projects. To the official economy system, and allowing the granting of activity licenses to unlicensed enterprises until their conditions are reconciled, as well as the tax treatment, as a flat tax was approved starting from one thousand pounds annually for projects whose sales volume is less than 461 A thousand pounds and up to 1% only if the sales volume of these projects ranged between 3 to 10 One million pounds in addition to exempting these projects from stamp tax, documentation fees and the month for the establishment contracts of companies and establishments, credit facility contracts, mortgage and land registration contracts, with the aim of alleviating the burdens of project owners, especially small and micro, noting that The period for reconciling the situation has been extended within the framework of the law We will continue until 2023 due to the circumstances of the Corona Virus pandemic.

In response to a question about the reasons for the rise in iron and cement happiness, Jameh explained that the Russian-Ukrainian war negatively affected iron prices, especially since most of the iron production inputs in Egypt are imported from these two countries, noting that the rise in cement prices is due to the increase in coal prices globally, where energy represents More than 37 % of the cost of cement production.

For his part, Dr. Samir Aref, head of the Tenth of Ramadan Investors Association, stressed the importance of the state’s support for the industrial sector, as it is the main supporter of the national economy, noting that the entry of low-quality products into the local market negatively affects the national industry and the Egyptian consumer.

Aref pointed out that the payment of dues to exporters within the framework of the Export Support and Burden Restitution Program contributed to the arrival of Egyptian exports to unprecedented rates last year.

The members of the Tenth Investors Association demanded the necessity of taking into account the decisions taken by the state for the industrial sector, especially that creating new job opportunities for young people in the industrial sector contributes to achieving economic and social development and contributes to increasing the state’s tax revenue. They also demanded the need to counter misleading advertisements that promote counterfeit products and use trademarks Trade for original products.

The post During the meeting of the Minister of Trade and Industry with members of the Tenth of Ramadan Investors Association appeared first on business men.