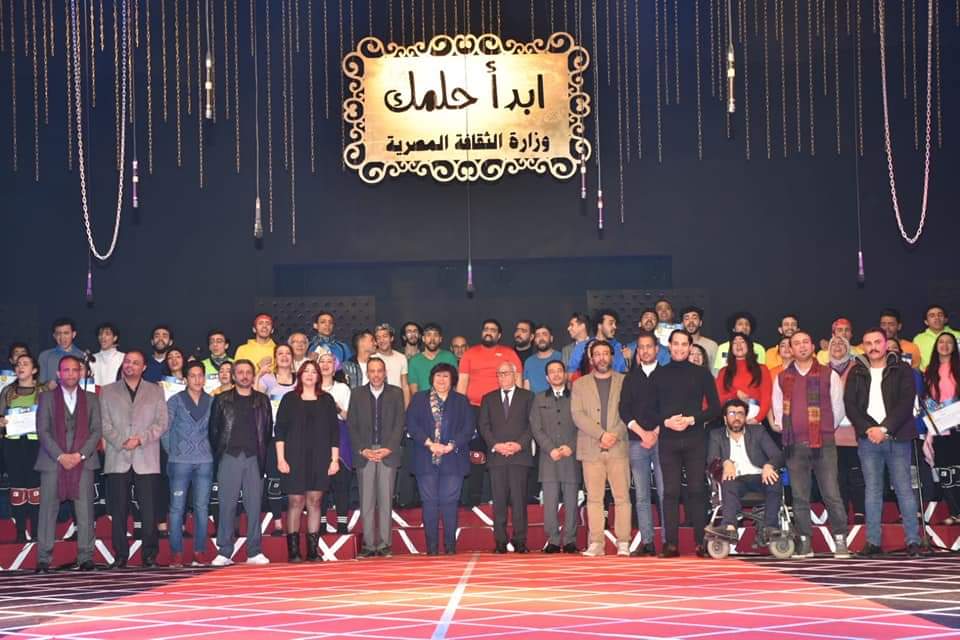 Abdel Dayem: The “Start Your Dream” project in the governorates embodies the continuation of efforts to implement the state’s strategy to discover the talented and talented In a manner that contributes to building the personality and enhancing the values ​​of belonging

1647677165568 Al-Ghadban: Culture and the arts have shifted from the framework of theory and books to the reality represented by the youth

The artist, Dr. Enas Abdel Dayem, the Minister of Culture, and Major General Adel Al-Ghadban, Governor of Port Said, handed the graduation certificates to the second batch of the second phase of the “Begin” workshop. Your Dream 2”, with 51 a trainee, which was organized by the General Authority for Cultural Palaces headed by the artist Hisham Atwa and decided to adopt the batch as a qualitative group affiliated with the authority, and also announced the launch of the third batch of the initiative, and that During the artistic event that was held on the stage of the Port Said Culture Palace, in the presence of the artist Tamer Abdel Moneim, President of the Cinema Culture Palace A,, the artist Ahmed Al-Shafei, executive director of the initiative and head of the central administration for technical affairs, director Ahmed Taha, artistic director of the initiative, and a number of theatrical and executive and popular leaders in the governorate.