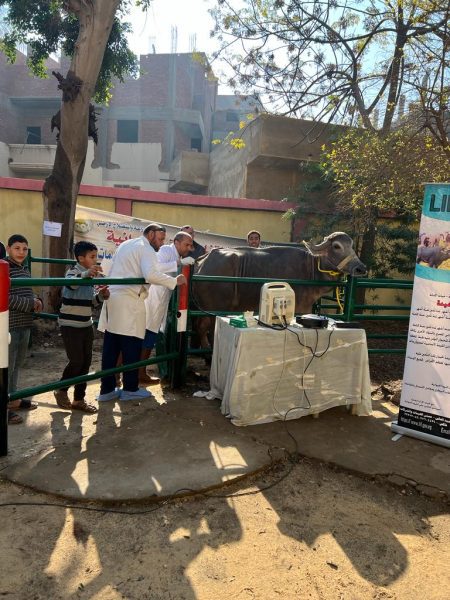 Within the framework of the Presidential Initiative, A Decent Life, launched by President Abdel Fattah El-Sisi, President of the Republic, to develop the Egyptian countryside and raise the standard of living of small educators and farmers

Mr. Al-Qusayr, Minister of Agriculture and Land Reclamation, and Eng. Mustafa Al-Sayyad, Deputy Minister of Agriculture for Livestock, Fish and Poultry Wealth, received a report from Dr. Ihab Saber, Head of the General Authority for Veterinary Services at the Ministry of Agriculture, on the total amount He was vaccinated against foot-and-mouth disease and Rift Valley fever during the third national campaign, which began 19 November 600 in all governorates of the Republic, to preserve livestock from epidemics.

Where the report indicated that about 3 million 363 thousand and

The report also indicated that a number of 118 field follow-up committees were implemented by the commission To follow up on adherence to veterinary health procedures in vaccination work, 9391 also held a guiding symposium to educate citizens about the importance of vaccination, and the number

was numbered and registered A and 363 head.