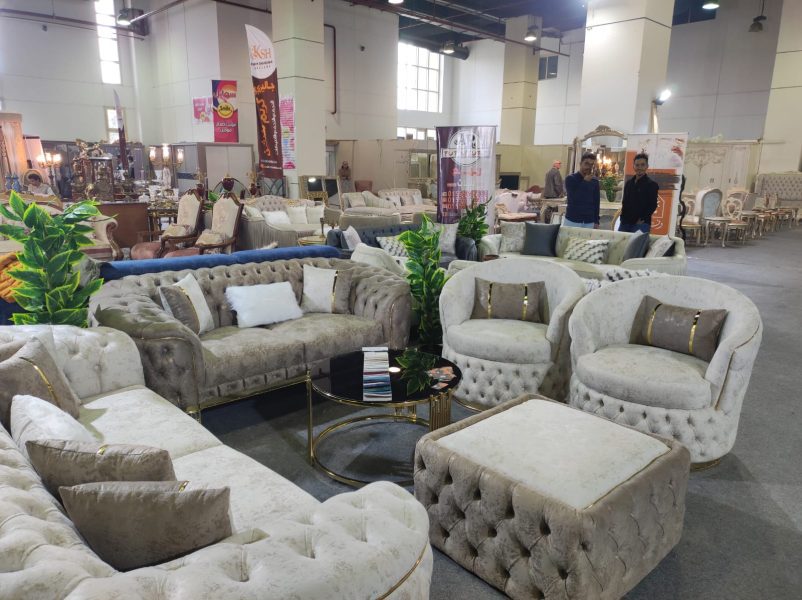 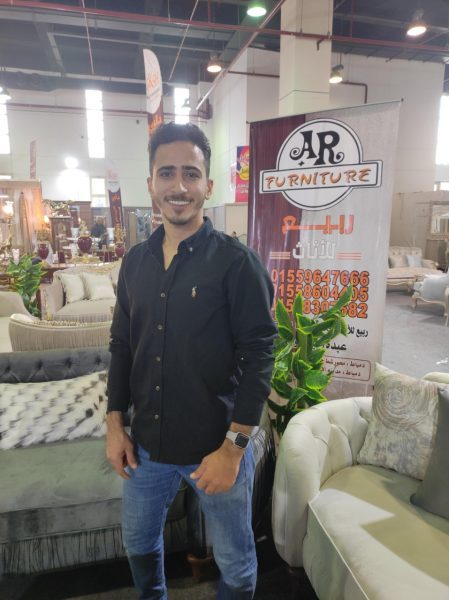 via a number of participating furniture makers In the “Made in Damietta” exhibition, which is organized by the Enterprise Development Agency in cooperation with Damietta Governorate, at the exhibition grounds in Nasr City, whose activities will end next Saturday, corresponding to 14 January, for their appreciation of the importance of holding this exhibition for the Damietta furniture industry, as it offers unique marketing opportunities that help them increase sales and reach customers in Greater Cairo.

The youth of the exhibition emphasized their pride in the massive public demand for their products inside the exhibition, which helped them increase their sales, considering this a strong indication of the customers’ appreciation for Damietta furniture and the local product, praising the role of the device in the stage Pre-marketing by providing various aspects of financial and technical support to furniture makers in the city and leading them to marketing and exporting. (Ihab Mamdouh, the owner of one of the furniture factories in Damietta, began cooperating with the Micro, Small and Medium Enterprises Development Agency years ago when the agency was operating under the name of the Social Fund.
Ehab says: “I graduated from the university and immediately thought of completing what my father started in the furniture industry, as I decided to expand the activity and market products outside Damietta, and I found my goal after I knew the way of the exhibitions that he holds. The Enterprise Development Authority on a regular basis. Ehab Ali praised the role of the Enterprise Development Agency in holding the Made in Damietta exhibition, saying that the agency has always provided it with marketing opportunities for its products in more than one session throughout the year, which helped it achieve high sales, as its participation for the sixth time in the Made in Damietta exhibition comes with a unique set of pieces Furniture that features designs that combine wood and stainless steel. Ehab aspires to complete his dream With the Enterprise Development Agency by expanding more in his project and opening a branch in Cairo, in addition to providing his factory with a special part for painting his products from bedrooms and dining rooms instead of having to seek the help of others.

As for Abd al-Rahman Abd al-Malik, one of the workshop owners participating in the exhibition, who manufactures pieces of furniture and antiques in a contemporary classic spirit, and who has worked in art since his childhood, he decided to develop his industry during the period that witnessed the spread of cutting and engraving machines on Wood and metal known as “CNC”, and then Abd al-Rahman realized since its spread that the scope of using manual carving would gradually fade away by cutting furniture, so he adhered to manual carving in making and inlaying all pieces Furniture and decoration that he manufactures.

During Abdul Rahman’s journey in the field of self-employment, he cooperated with the Enterprise Development Agency, which made it possible He has means of support that enabled him to expand his project, the first of which was his participation in the exhibitions held by the Agency, the most important of which are the “Made in Damietta” exhibition and the “Our Heritage” exhibition, in addition to that, immediately after joining the Agency six years ago, he took financing and established an additional workshop for painting and finishing furniture pieces with the art of decoupage. Abdul Rahman says: “I am always keen to take advantage of participation in the exhibition to display the most distinguished pieces Where my participation during the current session in the “Made in Damietta” exhibition comes with a group of a unique assortment of furniture and artifacts, topped by the golden throne chair of Tutankhamun, designed in a replica, along with decorative pieces made of Egyptian sarrus wood. Reliance on home-made raw materials, as he touched the extent to which the Egyptian product captured the hearts of many, emphasizing that he saw it himself in the eyes of foreign visitors and Egyptians in the exhibitions that the agency holds internally and externally. Abdul Rahman Al-Tasdir sets a main goal for him and seeks to achieve it with the Enterprise Development Agency during the coming period.

Karim Rabei has become The furniture industry, inheriting the profession from his father, to continue the path of his father and the rest of his brothers. When Karim took over the reins in that project, his preoccupation became the marketing of the furniture that he makes, so he proceeded towards the marketing methods available to him. “Karim” found that the exhibitions held by the agency were well known in the Damietta governorate, in addition to his vision of the mass turnout for participation in the “Made in Damietta” exhibition, so he decided in the year 802 that He applied to participate in the exhibition, and then he participated in the exhibitions held by the agency. Karim believes that participating in the Made in Damietta exhibition represents a great challenge for him because of his keenness to participate in the latest various models, indicating that the demand is now towards neo-classical designs.