The American University in Cairo held a press conference today. On the occasion of the launch of the final report of the “The Future: A Vision for a Better Arab Reality” initiative, which was followed by (Businessmen), an initiative launched by the university under the leadership of the College of International Affairs and Public Policies, as part of the university’s centenary celebration in 2019. The initiative aims to study the most important social, economic, political and security issues in the Arab world and the Middle East. Speaking at the press conference were Nabil Fahmy, Founding Dean of the School of International Affairs and Public Policy at the American University in Cairo and former Minister of Foreign Affairs of Egypt, Dr. Ibrahim Awad, Director of the Center for Migration and Refugee Studies at AUC, Dr. Amr Adly, Associate Professor of Political Science at AUC, and Karim Hajjaj, Professor of Public Policy and Administration At the American University in Cairo and a graduate of the university in 1992.

Some of the recommendations and findings of the report:

● The region needs a market space Free for independent socio-economic actors, which is possible in sectors that are not based on strong politically interconnected interests. 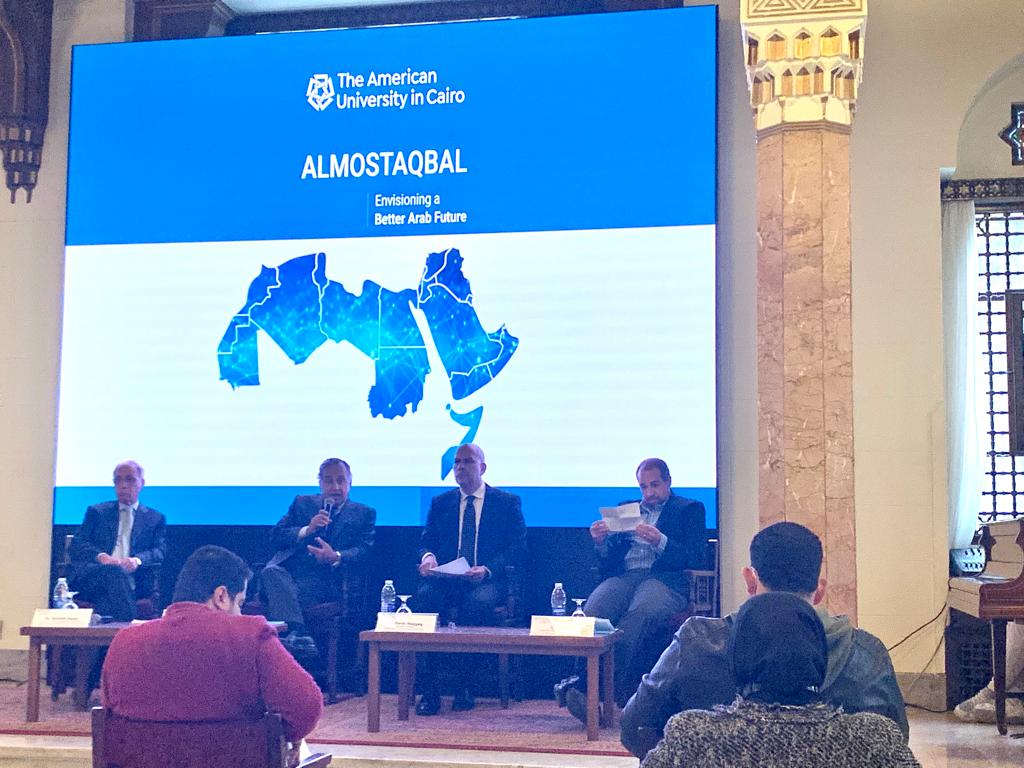 ● Growth should be encouraged Small and medium-sized enterprises by providing better access to financial and physical capital and technology.

● As for the countries of the Middle East and North In Africa, the report indicated that it needs to abandon the shallow trade liberalization approach it has taken in the past, which mainly focused on lowering tariffs. A better alternative would be a deeper form of integration, preferably on a sectoral basis.

● Trade policies must be linked to industrial strategies. to allow for deeper forms of integration and the creation of regional value chains, a clear departure from the neoliberal approach that advocates minimal state intervention. ● Priority must be given to national security and human security because they are in fact inseparable. Threats to human security often translate into threats to national security and vice versa.

● The ongoing stalemate in the process continues Israeli-Palestinian peace, including the potential for the complete demise of a two-state solution to the conflict, is a major source of regional instability. Efforts must be combined to preserve the basis of the two-state solution to end the Israeli occupation of Palestine.

● There is an opportunity to press for reform through Economic reconstruction processes in the war-torn and war-affected countries of the Middle East and North Africa, not only to rehabilitate basic services and infrastructure that were destroyed during the war, but also to create viable institutional and policy frameworks at the macro and micro levels.

For regular updates from the university during the novel coronavirus, please visit www.aucegypt.edu/coronavirus

The American University in Cairo was established in 1919 It is an accredited American educational institution that provides excellent education in the English language and is the center of cultural, social and intellectual life in the Arab world. The university is a meeting place for world cultures, a forum for discussion and an extension of understanding between different cultures. It is also a vital bridge to link the East with the West and link Egypt and the region to the whole world through scientific research and partnerships with academic and research institutions and education programs abroad. 2019 University Progress 40 a program for undergraduate students and 89 a program for graduate students and two doctoral programs, where the curricula are based on education based on the liberal approach Which encourages students to think critically and analytically to find innovative solutions to the problems and challenges facing the region and the world. The American University in Cairo is an independent, non-profit, non-partisan, multicultural and multidisciplinary university that provides equal opportunities to all students and is recognized in Egypt and the United States of America, and all its study programs are accredited by the Supreme Council of Universities in Egypt and by American accreditation bodies.