Fathi Al-Sayeh
Within the framework of the directives of Mr. Al-Qaseer, Minister of Agriculture and Reclamation lands and under the supervision of Dr. Mohamed Suleiman, Head of the Agricultural Research Center
Dr. Mustafa Fadel, Director of the Animal Reproductive Research Institute, stated that The Institute issued a report that includes the Institute’s achievements during the year 2022 in all 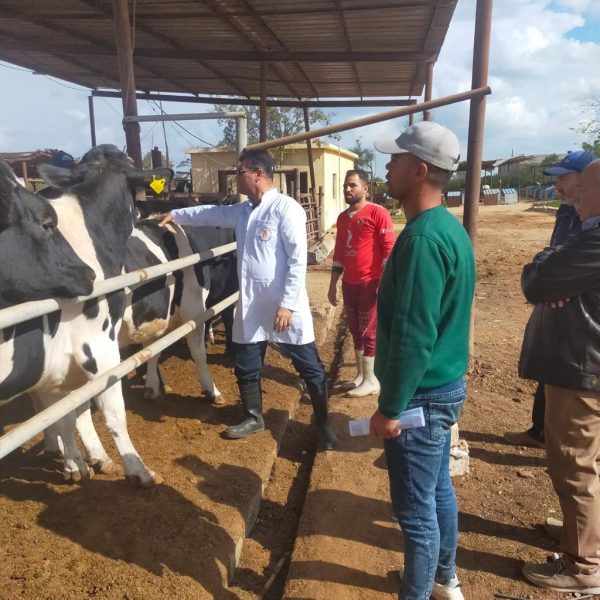 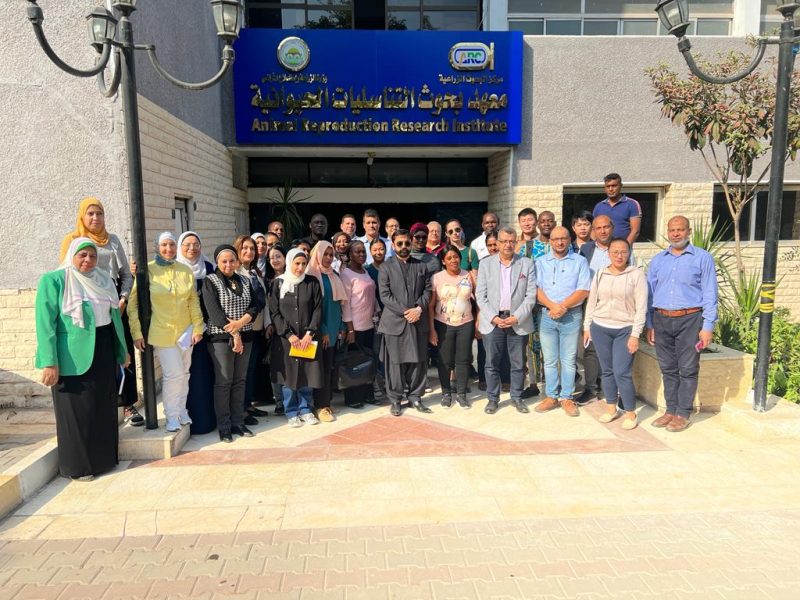 2022 No – veterinary convoys Free development
In line with the state’s policy in the project of a decent life, which includes the development of infrastructure for the villages of Egypt, the Reproductive Research Institute In cooperation with the General Authority for Veterinary Services and the Institutes of Animal Resources at the Agricultural Research Center, the implementation of a national campaign for veterinary developmental, therapeutic and extension convoys among young breeders in the villages of the governorates of the Arab Republic of Egypt, with the aim of providing various veterinary services to young breeders, as well as To modern technologies To young veterinarians and agricultural engineers The total number of governorates is 16 governorates
and the total number of animals that have been examined, treated and vaccinated is 95,775 animals
and the total number of beneficiaries is 39,305 beneficiaries
The governorates visited
Upper Egypt governorates (Fayoum, Beni Suef, Minya, Assiut – Sohag – Qena – Luxor – Aswan
– Delta governorates
– Damietta – Menoufia – Gharbia – Beheira – Qalyubia – Cairo (
Border governorates (Marsa Matrouh (Siwa) – South Sinai
(
The various services provided by the convoy; Diagnosing reproductive problems and providing immediate treatment for them Early diagnosis of tax collectors using ultrasound

Artificial insemination of cows and buffaloes with a liquid semen with distinct genetic characteristics
and the diagnosis of diseases of the udder and diseases of calves; Diagnosing infectious diseases and nutritional deficiencies and their treatment
Examination of divorced women; performing surgeries; Dose and spray all animals to prevent internal and external parasites and take samples from pathological cases for bacterial and viral isolation
Courses Training that was implemented during the convoys
28 training courses were implemented for 504 veterinarians in the fields of Field Application of Artificial Insemination in Cattle; Basic rules for the use of ultrasound in veterinary diagnosis and the use of sonar in the diagnosis of reproductive disorders and the diagnosis of pregnancy and early death of fetuses in cattle
Reproductive examination of non-build small ruminants using sonar
and diagnosis of the reproductive condition by rectal palpation in cattle and health care for newborn animals

• Shelter and typical feeding
• Milk and udder care
• Care of suckling calves
• Pathological signs of the animal
• The economic feasibility of animal husbandry
Second: the Institute’s achievements in national projects and presidential initiatives :
The Institute submitted a project for genetic improvement in Egyptian cows and buffaloes in order to establish an Egyptian breed with excellent genetic characteristics in milk production. And meat at the level of the small breeder, and implementation began in cooperation with the General Authority for Veterinary Services through the following axes
• Establishing a base Accurate digital data for animals
• Continuous genetic improvement of local breeds

• Expanding the application of artificial insemination using sperm Genetically Enhanced J
• Raise the reproductive efficiency of females by increasing the rates of the tax collector
• Establishing a national center for its upbringing and choosing divorce
The institute presented a project to resettle a breed of cows imported from Brazil, characterized by its tolerance to the Egyptian weather conditions and environment, and with good genetic characteristics in the production of meat and milk, through the following steps
0061 The institute has selected all Holstein al-Ashar wheels as part of the presidential initiative to improve breeds in cooperation with the Ministries of Awqaf and Solidarity and the Orman Association

The institute participates in the development of the artificial insemination center in Sohag
The role of the institute in the field of training and guidance: Done Implementation of 39 training courses with a total number of 290 trainees of veterinary doctors from the Arab Republic of Egypt, Arab countries, Africa, Asia and Latin America
5 workshops were implemented within the Animal Reproductive Research Institute in Al-Haram, in the presence of 146 veterinarians, in the areas of genetic improvement, the application of artificial insemination, and the use of ultrasound to diagnose early pregnancy. And reproductive backwardness
and 6 scientific symposiums were implemented in the presence of 225 veterinarians
The role of the Institute in the field of scientific research and publishing:
15 research papers have been published in international and local scientific journals
and have been awarded 2 PhD degrees and 1 Master’s degree