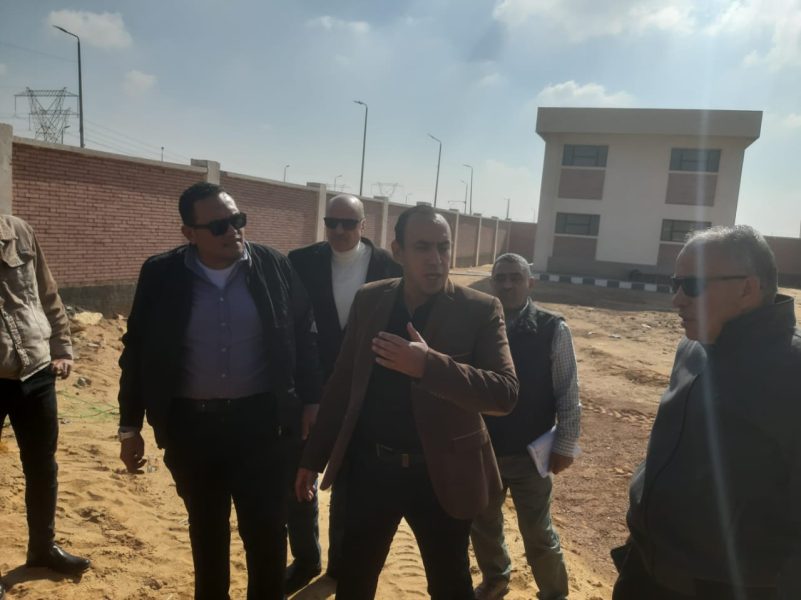 20230124 20230124 Fathi Al-Sayeh and Ali Sobhi
Eng. Ali Saad, “Head of the El-Shorouk City Authority,” accompanied by the officials of the device, inspected the works of the hydraulic balancing project for controlling the pressures of the drinking water network in the eastern sector of the city, which is one of the most important utility projects to solve the problems of weak water pressures in some areas
20230124 Explaining the head of the agency that the realization of the project came on the ground after studying and approving one of the consulting offices specialized in this field, as the study included identifying weaknesses and shortcomings Within each neighborhood or region, as well as the necessary recommendation to avoid these problems in order to improve the distribution of water shares in the neighborhoods within the sector, by installing water lines of different diameters and changing the damaged water valves, as well as passing through the hydraulic works of the upper reservoir (C) in the family area that is being completed

20230124 He added that work is currently underway within the eighth and ninth buildings The estimated time for the project as a whole is about 7 months, directing the head of the agency to complete the reservoir works and connect it to the water network east of the city before the start of the next summer season 2023