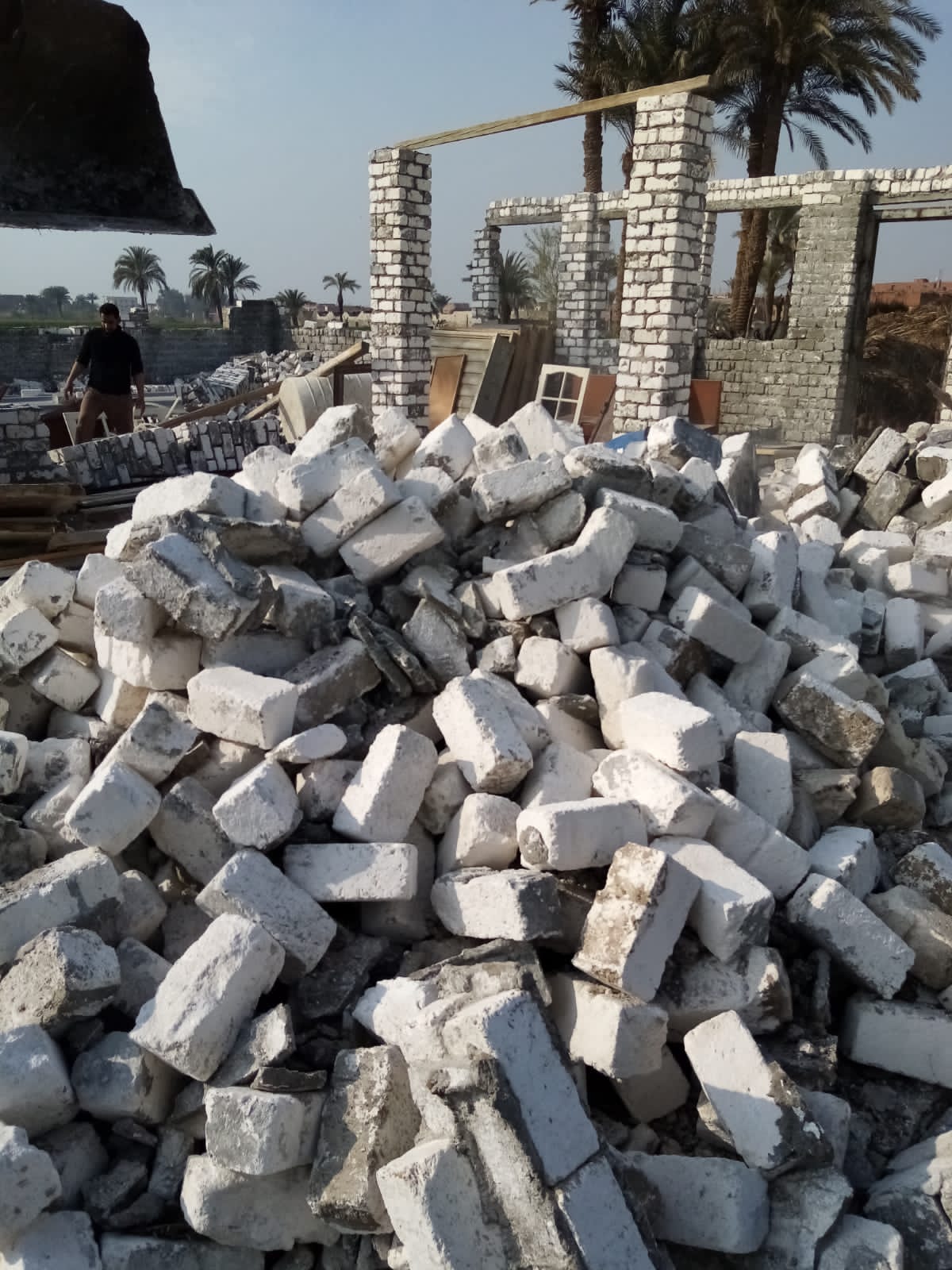 Dr. Rabea Mustafa, Undersecretary of the Ministry of Agriculture in Fayoum, the Land Protection Agency, with continuous follow-up and intensification of campaigns to remove all forms of infringements on agricultural lands in the bud, in implementation of the instructions of Mr. Al-Qaseer, Minister of Agriculture and Land Reclamation, and directives Dr. Ahmed Al-Ansari, Governor of Fayoum, Dr. Abbas El-Shennawy, Head of the Services and Follow-up Sector, and Eng. Saad Amer, Head of the Central Department for Land Protection in the Ministry, to remove encroachments in the bud in order to preserve the agricultural area from erosion and deter violators

Where the Undersecretary directed the Land Protection Agency in the Directorate, led by Engineer Ali Massad, Director General of Protection, in coordination with the directors of agricultural departments and local units of the governorate’s centers and cities, in cooperation with the police forces, and intensified campaigns to remove encroachments on agricultural lands. In its infancy, which is the backbone of the national economy.

The Agricultural Department of the Fayoum Center, led by Engineer Baraka Qutb, Director of the Department, in coordination with the local unit headed by the accountant Ahmed Shaker, head of the local unit of the Fayoum Center and City, implemented the removal of encroachments on agricultural land in the areas The center number 2 cases on an area of ​​two carats and 12 an arrow consists of walls 3 and a half high Farm. In the presence of Eng. Sayed Ahmed Mahmoud, Head of Land Protection, Eng. Gamal Abdel Halim, Land Protection, Eng. Mohamed Surur, Land Protection in the Agricultural Department, Mr. Muhammad Hussein, Head of the Local Unit in the K-Nile Village District, Mr. Mahmoud Ramadan, Head of the Local Unit in the District of El-Adaw Village, and Mr. Eng. Eng. Eid Ibrahim, the Engineering Department of the Local Unit Director of the Agricultural Association in the village of Al-Amiriya and the engineer Salah Al-Din Al-Dara, Director of the Agricultural Association in the area of ​​​​Al-Basyounya village 88440