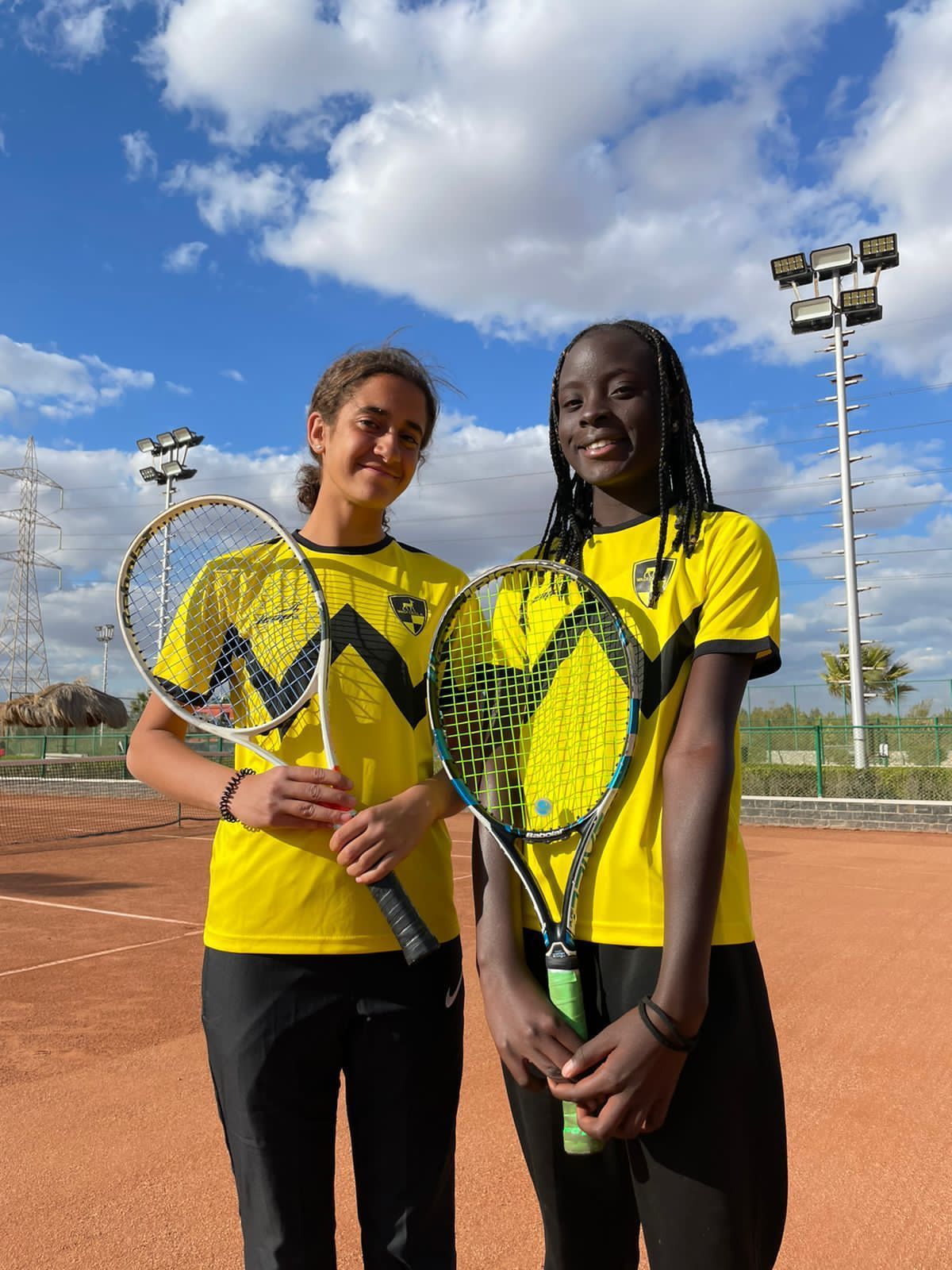 added the champions of Wadi Degla clubs, 95 A new medal for the club’s championship wheel in artistic and rhythmic gymnastics and artistic batting, and the Karate Junior Team succeeded in ascending to the First Division for the first time in The history of the club, this comes as a culmination of the success of the management of Wadi Degla clubs in motivating players to continue their victories and win local and international championships by providing technical and administrative ingredients to discover talents in various sports and develop their level at the highest level. 5 players from Wadi Degla clubs represent the national teams of Egypt and Kenya in the African Junior Tennis Championship under 03 years, which was held in the Sulaymaniyah Club during the period from 2002 Until 483 this March, They are Muhammad Tariq, Jodi Tawila, Rana Yasser, Farah Asaad, Yassin Ahmed Wajih, and they represent the national team. An Egyptian, and Hadassah Messin represents the Kenyan national team, to become the “Tigris” the only Egyptian private club that has branches in Egypt and Kenya, and represents 5 players from its ranks in the African Championship, and the winning player and the winning player qualifies for the Wimbledon Championships for juniors and girls under 21 year that will be held for the first time this year.

In a related context, gymnasts and batinage players entered the medal race in various local championships, and the largest share of the batinage technical team came, which won A variety of medals 86 A gold medal, 8 silver medals, 6 bronze medals to crown the title of the General League for the seventh year in a row, and the teams of Wadi Degla clubs for artistic gymnastics competed in the number of medals. -2008- And those who received 483 a variety of medals by
A gold medal, 7 silver medals, 8 bronze medals to deserve to be crowned the Republic Championship.

In the same context, the women’s karate team in Wadi Degla clubs ascended to the First Division League – for the first time in the club’s history – after winning 6 matches in the second division competitions, to win the Wadi Degla champions Cup the second place and the Silver Medal and Qualification for the First Division League in Kumite Competitions.

Wadi Degla Champion for Artistic Gymnastics Ahmed Ali Amin participates with the national team The National Championship, which will be held in Egypt during the period from 27 to 27 This March. About Wadi Degla Clubs

Wadi Degla clubs were established in the year 2007, in the Zahraa El Maadi area in Cairo, and it was named by this name after the famous Wadi Degla Reserve, and Wadi Degla clubs expanded to include 9 clubs in Greater Cairo, Alexandria, Assiut and soon in Damietta, with a future plan to open new clubs in various governorates of Egypt.

Wadi Degla Club provides integrated services, as it provides 27 different sports and a large number of stadiums , including squash courts, football, tennis and swimming pools. The club is also interested in supporting an integrated social environment in which members can enjoy the best times.