Egypt came in first place At the level of the African continent in terms of the number of investment and financing deals in Egyptian startups during a year , according to a report issued recently by the “Magnet” platform, which specializes in data for financing startups, in cooperation with the Information Technology Industry Development Agency “ITIDA”.

According to a statement issued today by “ ITIDA ” explained the report titled “ Bold investment in emerging projects in Egypt ”, that Egyptian companies succeeded in collecting financing deals worth 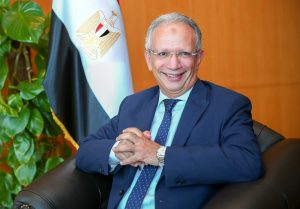 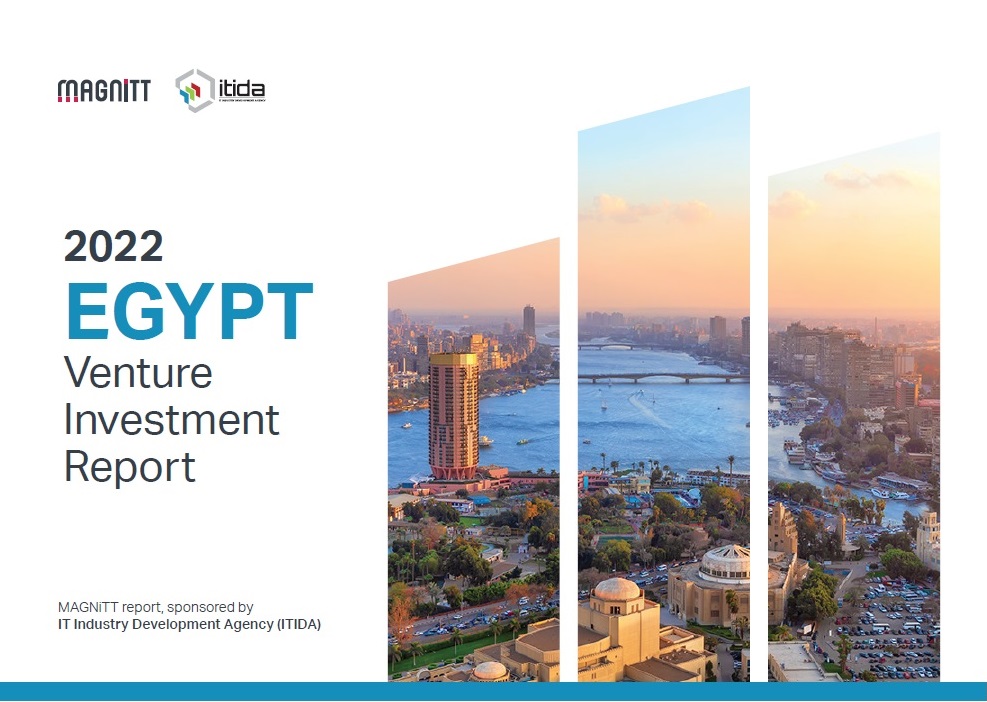 A deal concluded within a year 1080, setting a new record for head size Investment money in the startup sector in Egypt, with an annual growth rate of 168 % compared to last year. 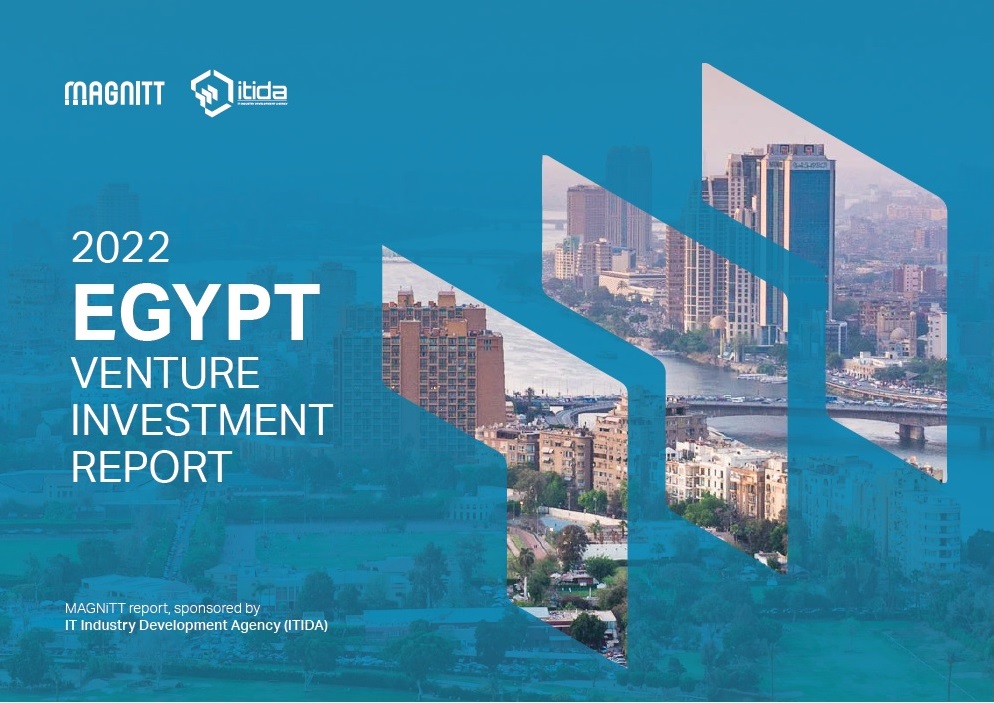 , while Nigeria ranked first with a percentage of 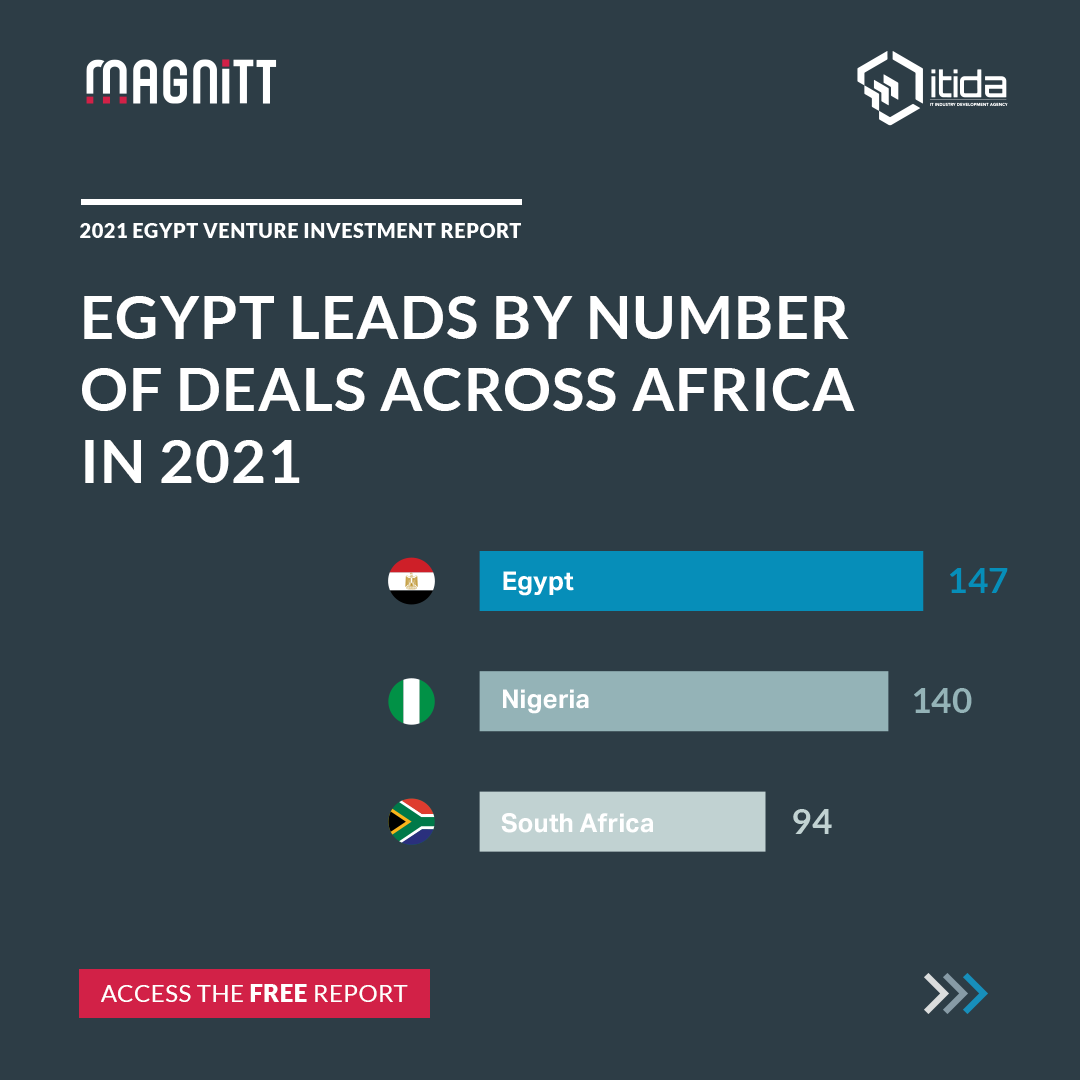 The report highlighted indicators of the recovery of the startup sector in Egypt from the repercussions of the global epidemic, which had contributed to the decrease in the number of deals in . , so that Egypt will return to witnessing growth during

Amr Mahfouz: The percentage of foreign investments in Egyptian companies has reached

%, which is the highest in the region, reflecting the confidence of venture capital funds in the Egyptian entrepreneurship climate and the excellence of existing innovative solutions and ideas on information technology

Eng. Amr Mahfouz, CEO of the Information Technology Industry Development Agency “ITIDA” , stressed the Egyptian state’s interest in the innovation-based entrepreneurship sector, noting that the boom in the emerging technology companies sector in Egypt is a result of The spread of pioneering and innovative thought among young people in the Egyptian society, and in light of the growth in the number and quality of investors and the expansion of the network of co-working spaces, creativity communities and technology incubators throughout the Republic.

Mahfouz added that the authority has developed a new five-year strategy in cooperation With Deloitte, a global consultancy, where the strategy is based on four main axes: enhancing the work environment for startups and developing their growth factors, facilitating access to finance and investments, developing technical skills and increasing the number of professionals to facilitate access to them while creating a climate that stimulates the growth of pioneering and innovative thought, and finally Facilitate penetration into global markets through an online promotion and marketing plan For international level.

Founder of the “Magnet” platform: Egypt enjoys a leading ecosystem for start-ups in the region, and the record rise in the volume of investments reflects the increasing interest and openness of investors’ appetite and emphasizes the maturity of the Egyptian market

Philip Bahoshy, Founder and CEO of Magnet said: “This report highlights Egypt’s position as a leading ecosystem for start-ups in the Middle East and Africa region and is witnessing a record rise in The volume of investments, which confirms the market maturity that Egypt is witnessing. Most importantly, Egypt achieved a record number of investors, with a growth rate of 177 % on an annual basis, reflecting the increasing interest and open appetite of foreign investors from all over the region and international markets.”

Investor, (While the percentage of foreign investors (non-Egyptian investors from inside and outside the region) in Egyptian startups reached