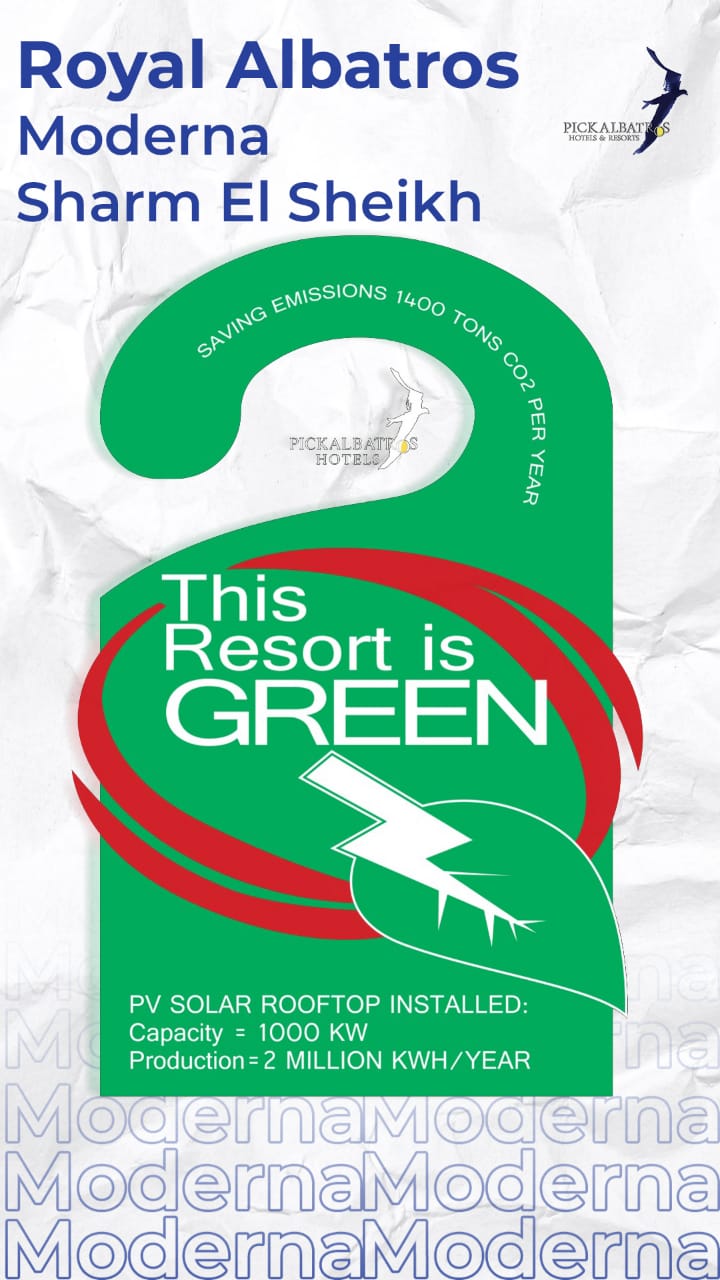 Announced Today, the Peak Albatros Hotels Group announced the operation of the first solar power plant in the resorts of Sharm El-Sheikh from the Albatros Royal Moderna Resort in Nabq Bay. The businessman Kamel Abu Ali stated that the thought of establishing the plant came in line with the preparations of the city of Sharm El-Sheikh to host the climate change conference and provide all the necessary requirements, which from It would contribute to the emergence of the city in its best form and in a way that reflects the ability and capabilities of the Egyptian state to organize such global events and activities, in implementation of the directives of President Abdel Fattah El-Sisi, President of the Republic in this regard.

Albatros Royal Moderna station is the first station in the beautiful resorts of Sharm. With an annual production of 2000 megawatt-hours, or two million kilowatt-hours annually. The station consists of about 2,500 solar panels with a surface area of ​​5200 square meters on ten thousand square meters of the rooftops of the Albatros Royal Moderna Resort. 40% of the station is connected to a 2 megabyte transformer and 60% to a 4 megabyte transformer on low voltage via transformers. Solar energy to connect to the network, the Sun Gro brand, with a capacity of 110 kilovolts for each transformer, and it is the number one transformer with its production capabilities in linking with the networks.8701

It is worth mentioning that this station will save about 1,400 tons annually of carbon emissions that are harmful to the environment, which makes this resort an environment-friendly and purer climate, in addition to the economic saving of the resort by about three million pounds annually, in addition to covering the roofs of the resort buildings, which reduces the Consumption of air conditioners and protect equipment installed on the roofs to completely isolate the roofs of buildings from sunlight to convert them into electricity and thus increase the life span of air conditioning and equipment..8701

It is mentioned that the maximum consumption of electricity for hotels and resorts is during the day to prepare meals for guests in the kitchens, as well as the consumption and loads of the reception building. Therefore, stations Solar energy provides the maximum loads for hotels during the day, and the station has been implemented with Egyptian hands with about 30,000 working hours..8701