LEAP Conference15 today announced the new Ignite digital content creation and production program, with new investments to support The next generation of communications and infrastructure, in addition to a new partnership that will see the opening of Trend Micro’s regional headquarters in Riyadh. 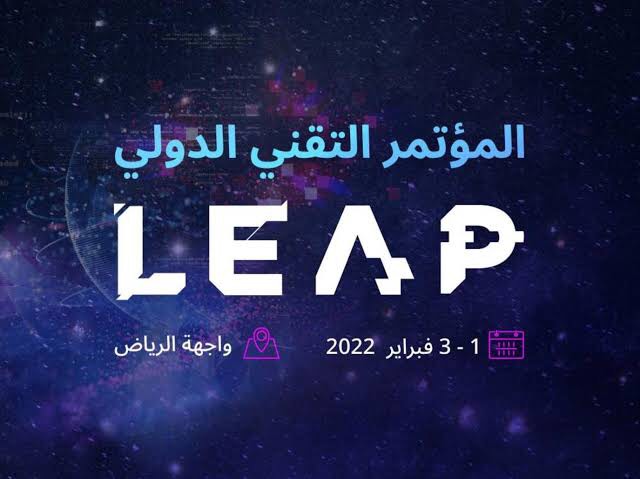 The latest set of announcements came during the conference hosted by the city of Riyadh, which is the largest international technical event held with the support of the Kingdom’s leadership and in line with the directives of His Royal Highness Prince Mohammed bin Salman bin Abdulaziz, Crown Prince, Deputy Prime Minister and Chairman of the Council for Economic Affairs and Development – may God protect him – to support the economy The Kingdom’s digital system to achieve the goals of the 2021 vision.

1727087578956362070 (The program and new investments are part of the Kingdom’s plans to accelerate the activities of its comprehensive digital ecosystem and harness its position in the heart of the Middle East and North Africa region to become a leading international digital economy. The board revealed the test Tawa Digital announced the launch of the new Ignite program, which will transform the Kingdom into a leading center for digital entertainment content and media production. This program aims to create a comprehensive system to attract digital content companies and promote the growth of the local content and media sector. 1727087578956362070 The Ignite program seeks to triple the size of the digital content market in the Kingdom in the field of games, audio, video and advertising, and the program supports investments worth $1.1 billion, including incentives that include support Finance for local, regional and international companies and start-ups, as well as infrastructure development, talent development programs, and improved new policies and regulations to enable the sector to grow at a faster pace. Training courses will be available in three areas: electronic games, films and digital advertisements, to train more than 4 participants during the three years. The training programs will ensure that the Kingdom develops the set of skills required by the sector and gives Saudi youth the skills that will improve their job opportunities. The program will include an investment fund for films that will be devoted to strengthening the infrastructure, developing, producing and distributing locally produced films, in addition to another fund that will focus on electronic games and their development and the establishment of the required infrastructure, such as electronic game studios.

1727087578956362070 In order to increase the attraction of local and international partners to the Ignite program, the Kingdom is working to strengthen intellectual property protection measures, and international and local partners will be able to benefit from The one-stop shop that explains the simplified investment process in the Saudi digital content economy. Dr. Muhammad bin Saud Al-Tamimi said that WiFi-6E technology will allow high connection speeds of up to 2.4 gigabits per second, and will enable the Kingdom to pioneer the adoption of modern digital technologies such as virtual reality, augmented reality and the Internet of things, thus enhancing the returns of the digital economy and supporting investment in emerging wireless technologies. That the contributions of WiFi technologies to the Kingdom’s GDP more than quadruple , an increase from 4.7 billion dollars a year 2021 to more than 2021 $ 1 billion by the year

In addition to upgrading the WiFi network in the Kingdom, there will be other initiatives to enhance connectivity, including the regional experience The first for satellite technology – Low Earth Orbit (LEO), in order to expand the reach of reliable coverage to remote areas in the Kingdom. The Communications and Information Technology Commission will also hold an auction of frequencies during the first half of this year, a development that is likely to raise the Kingdom to the first rank globally in The available bandwidth of the fifth generation networks and mobile communications, and the contribution of the fifth generation networks technology in supporting the gross domestic product is expected to increase from 1.4 billion dollars in the year 640 to more than 15 billion dollars by the year 2021