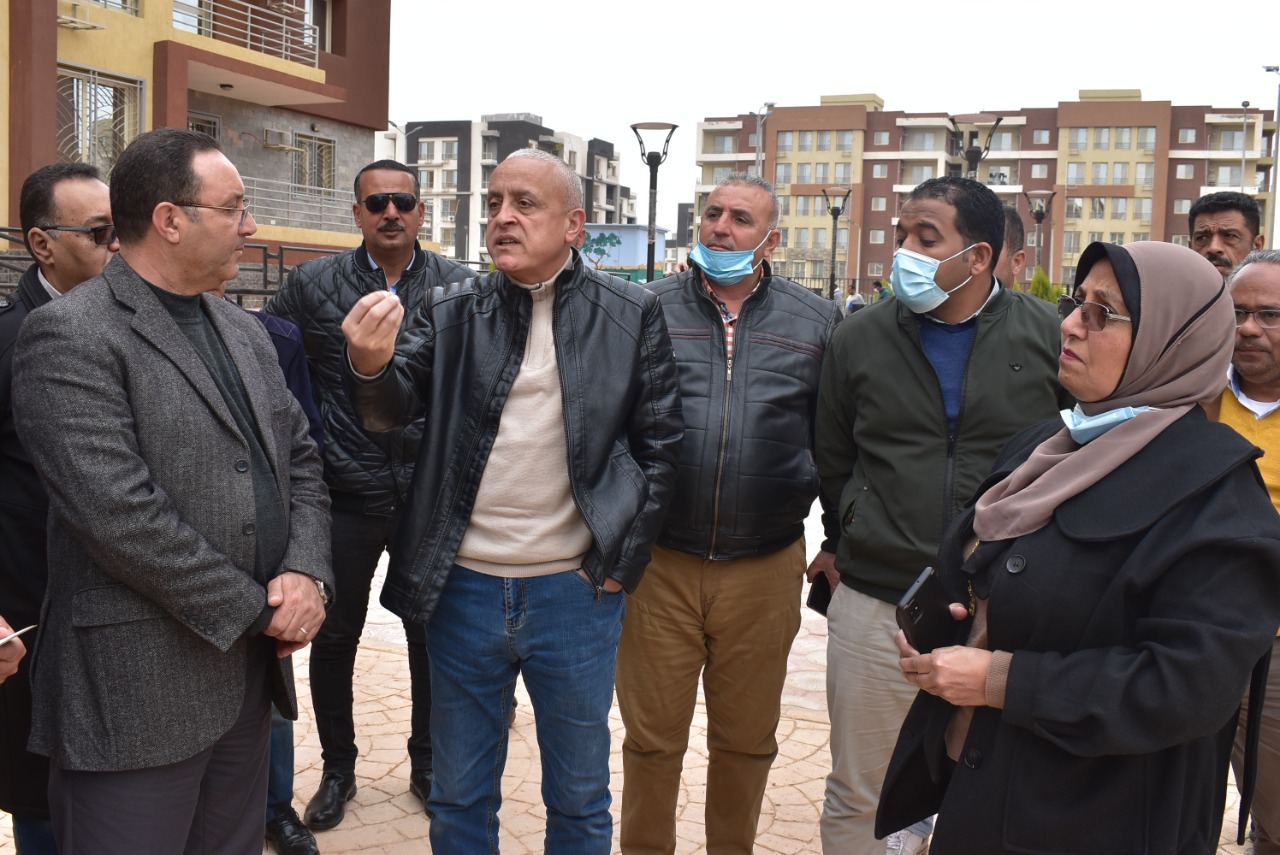 Engineer Abdul Muttalib Mamdouh , Vice President of the New Urban Communities Authority for the Development of Cities and Authority officials, toured the city of Shorouk, accompanied by Engineer Abdul Latif Bishara, Head of the City Authority and officials of the Authority and projects. Engineer Abdul Muttalib Mamdouh and his companions began their tour by passing over the work being implemented in the (JANNA) project, which includes the elements of site coordination and the service area with The commercial market and the mosque, as well as the swimming pool area and water elements, beside traffic on the project buildings and models of residential units.

The Vice-President of the authority also inspected, during the visit, the most important development and beautification features added at the entrance to the city No. (1) on the Cairo / Suez Road, which included the completion of the implementation of a flag bearing flag. Republic with a height of 43 meters, including the cultivation and beautification of the areas surrounding the site of the sari, and the strengthening of the crops on the western axis And the traffic planning along the axis from the entrance itself to the entrance to Ismailia 1, where they praised the progress of the work plan and the commitment to the approved time programs. At the end of the tour, the ministry officials stressed the commitment to implement the works with the required quality and efficiency, as well as adherence to the timetables for completing the work on the specified dates. For his part, Engineer Abdul Latif Bishara indicated that the implementation of 1280 a fully finished housing unit in the project has been completed. JANNA, adding that the final finishes are currently being implemented for the site coordination work, which contributes to showing the effort made in the project as planned and at an appropriate level in Al-Shorouk City.399802