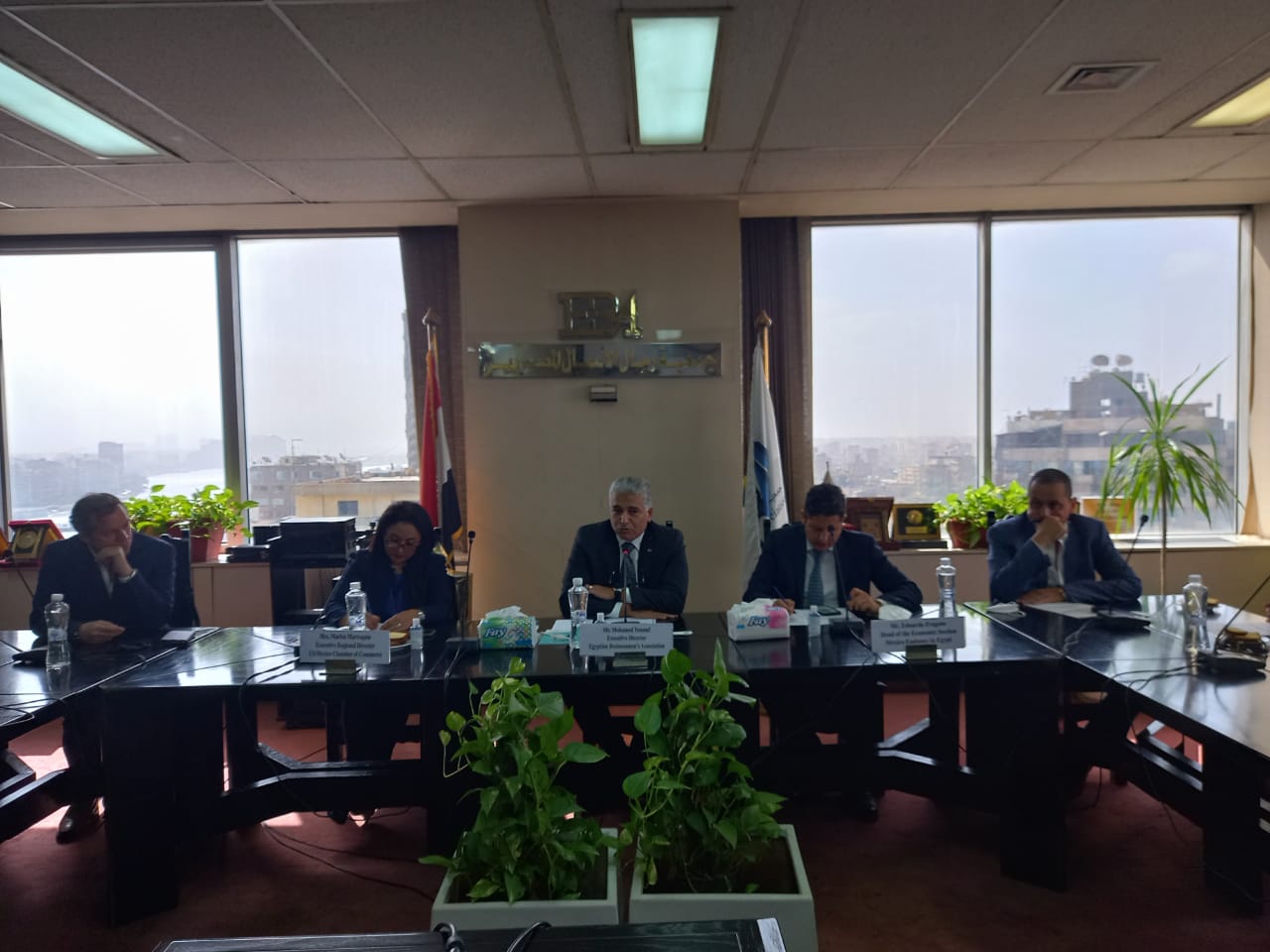 The Egyptian Businessmen Association held a meeting with a delegation from the American-Mexican Chamber of Commerce, to discuss joint cooperation in strengthening and advancing economic relations and working on developing trade and joint investment between the private sectors of the two countries.

The meeting was attended by Mr. Eduardo Faragoso, Head of the Economic Department of the Embassy of Mexico in Egypt, Mrs. Marilyn Marroquin, Executive Regional Director of the American-Mexico Chamber of Commerce, and a number of Heads and representatives of Mexican companies.

The delegation of the American-Mexico Chamber of Commerce included 7 companies working in the areas of water management, transportation and bumps Smart industrial areas that can be used in residential communities, and they also have a new technology for freezing avocados while retaining the shape and taste, in addition to the field of real estate investment and training centers. Mohamed Youssef, Executive Director of the Egyptian Businessmen Association, started To meet with an overview of the association with a presentation on the importance of the association’s electronic directory, and shed light on the importance of Egypt as a gateway for investment and easy entry into African markets, as well as opportunities for partnership between the private sector in the two countries to develop trade and exchange experiences.

Marilyn Marroquin, Executive Regional Director of the American-Mexico Chamber of Commerce, said that the volume of trade between Egypt and Mexico has reached

She indicated that the Mexican American Chamber of Commerce It was established more than a hundred years ago and has branches in New York, California and Mexico, and the Chamber includes more than 4000 members working in many sectors, including medical, spare parts Cars, information technology, household appliances and in industry.

It was agreed to sign a cooperation protocol between the Businessmen Association Egyptians and the American-Mexican Chamber of Commerce for partnership in the service of developing commercial relations and promoting opportunities for partnerships between the private sector in the two countries and holding a bilateral meeting every two months for The exchange of commercial and investment opportunities between the members of the two sides, in addition to the desire of the Mexican side to hold a meeting of Mexican companies on the CargoX platform and the pre-registration system for shipments.