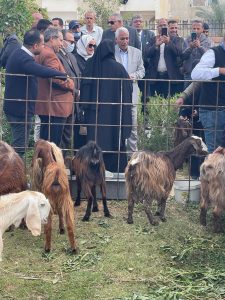 For his part, Dr. Abdullah Zagloul, Head of the Health Research Center, conveyed the message With the greetings of His Excellency Minister / Mr. Al Qaseer, Minister of Agriculture and Land Reclamation, stressing that this meeting comes within the framework of the directions of His Excellency President Abdel Fattah El Sisi, President of the Republic, and in implementation of the instructions of His Excellency the Minister of Agriculture and Land Reclamation to integrate the people of Sinai into sustainable agricultural development, adding that this program aims to expand the scope of community benefit Among the activities of the Ministry and the Center, and the dissemination of the latest agricultural technology methods and work to adopt them in a short period of time to achieve agricultural development on the land of Sinai 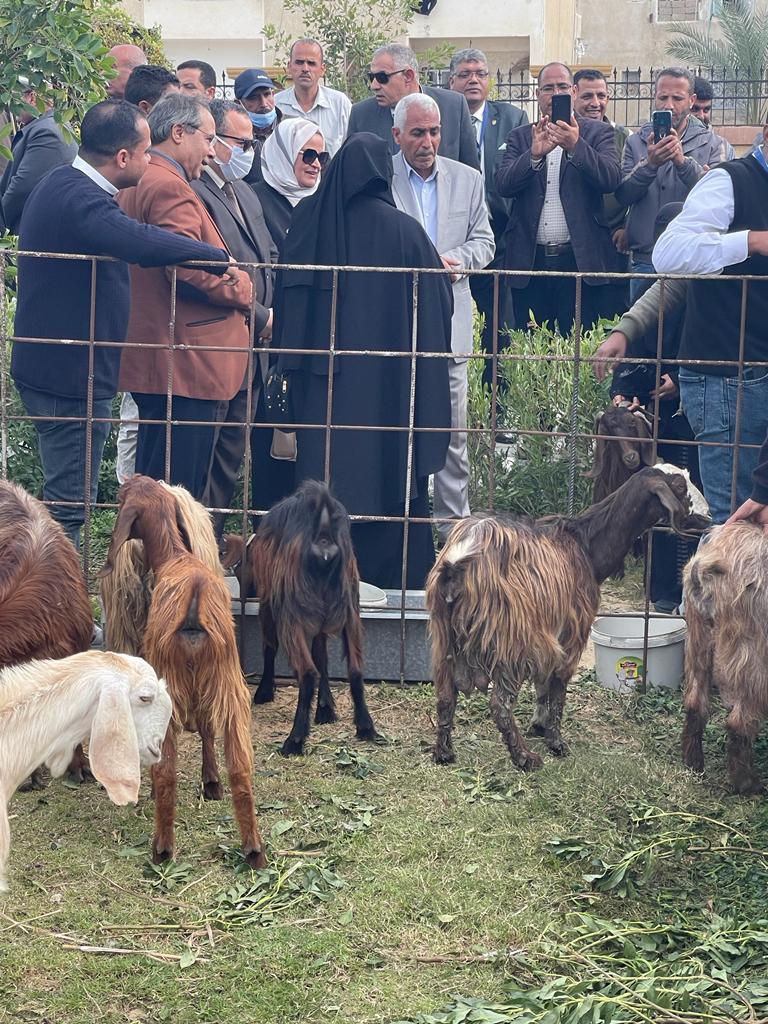 and in In a related context, Dr. Hossam Abdel Aal, head of the research program to integrate the people of Sinai into sustainable agricultural development, stated that the program includes a set of applied activities that are implemented on the ground according to the needs of the local community groups, the most important of which are desalination of water for drinking purposes, the dissemination of solar energy technologies, and the expansion of agricultural crops. Olives, medicinal and aromatic plants, livestock development, integrated olive pest management, as well as other activities targeting Bedouin youth and women.

After the meeting, the deputy governor and head of the research center The desert visit to the Sheikh Zuwaid Center. They were received by Mr. Said Arada, Chairman of Sheikh Zuweid City Council, Representative Aida Al-Sawarka, Member of Parliament, and Awaqil and tribal sheikhs in Sheikh Zuwaid. About

white chicken batteries, and 768 A head of Shami goats, and (5) tons of concentrated feed to feed sheep and goats, in addition to (2.5) tons of feed to feed poultry.