The International Symposium concluded The Arab Fertilizers will conduct its business during the period from 1-3 March, by visiting members of the forum from foreign and Arab countries with approximately 510 A prominent participant and heads of companies affiliated with Elaraby Fertilizers visited the Evergrow factories group in the Smart City
Cairo-Alexandria Desert Road and accompanied by the Chairman of the Board of Directors The management and managing director of the group, Eng. Muhammad Al-Khashin, and the group’s delegation. The participating delegations carried out 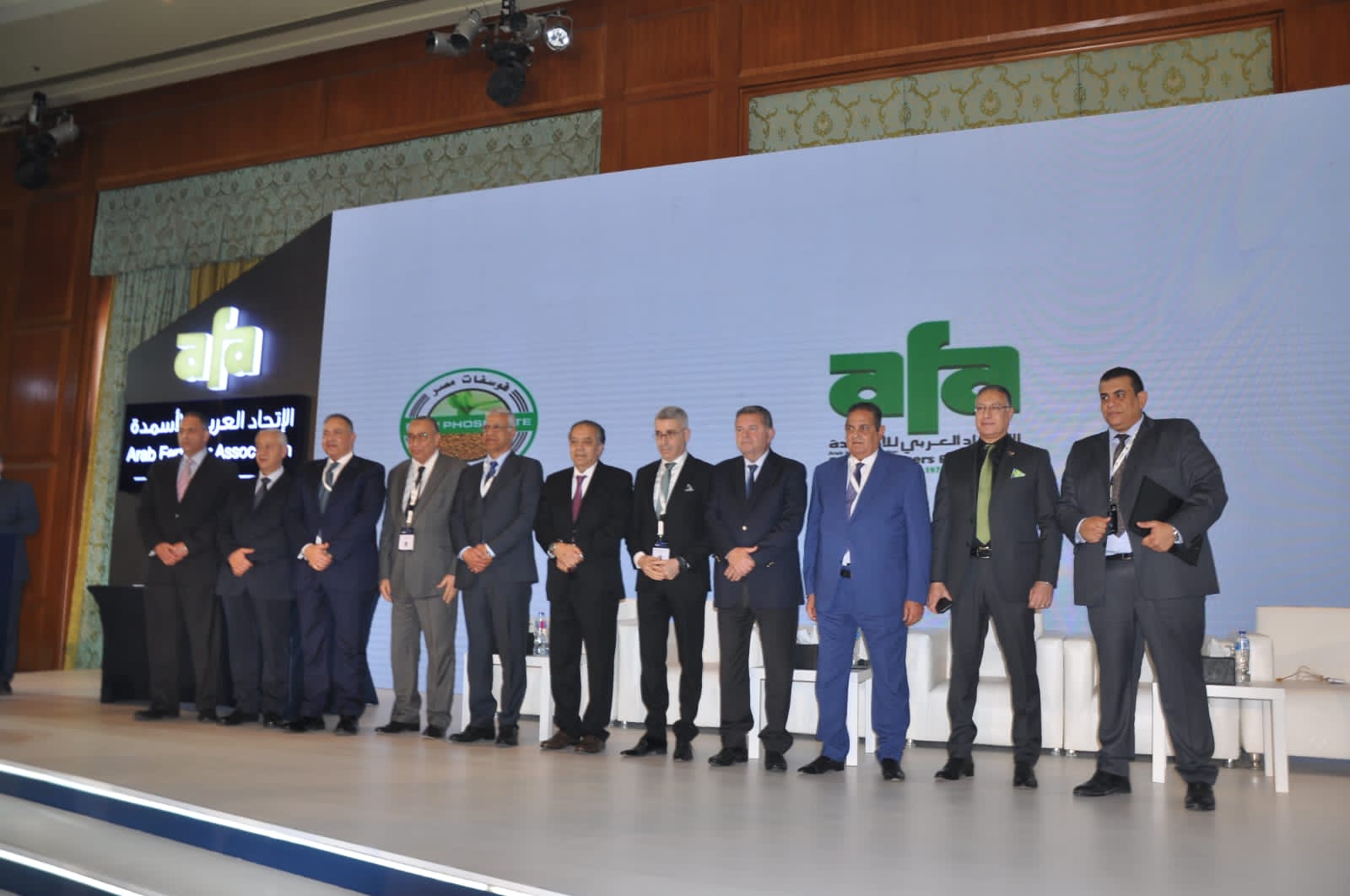 the productivity of factories, methods of packing and exporting to Arab and foreign countries, and feeding the local market
. On the other hand, the Arab Fertilizers Union honored during its activity in Its current version is 03 A number of ministers and experts, led by “the Minister of Electricity and Energy, Dr. Muhammad Shaker, and the Minister of the Business Sector, Dr. Hisham Tawfiq. The honor was honored by Dr. Muhammad Al-Taher Hawayen, President of the Arab Fertilizers Union, Engineer Raed Al-Sa`oub, Secretary General of Al-Arabi Fertilizers, and Engineer Sherif El-Gabali. Representative of Egypt for the fertilizer industry and member of a group Not the management of the union
and the Secretary-General of the Forum and of the Union, Engineer Raed Al-Soub, said that the union also honored Dr. Jamal Ahmed Al-Sarayrah, the former head of the union, a representative of the Hashemite Kingdom of Jordan in the fertilizer industry, during the period from 2019 – 2022 The head of the Financial and Economic Committee in the Kingdom of Jordan is occupied, and the winner is Engineer Shehaza Abu Hudeeb, Chairman of the Board of Directors of the Arab Potash Company in Jordan. 222716-2020) and the honorary shield was handed over to him by Dr. Hisham Tawfiq, Minister of the Business Sector.
Dr. Samir bin Ali Al Abd Rabbo, a former member of the Federation Council representing the Kingdom of Saudi Arabia, was honored during the period from -January He is currently the Executive Vice President for Strategic Growth at the Saudi Basic Industries Corporation (SABIC) and receives the shield of the Engineer Khaled Moqbel Al-Moqbel, Director of Industrial Applications at the Agricultural Technologies Company in the Kingdom of Saudi Arabia, was honored with the honorary shield from
. Dr. Mustafa Al-Sayed, Secretary-General of the Financial Institution for Humanitarian Works and a member of the Council of the Arab Fertilizers Union, was honored, and the honorary shield was handed over by the President of the Arab Fertilizers Union, Eng. Mohamed Al-Taher Hwayne.

The post 6961363 The Arab Fertilizers concluded its work honoring the Ministers of Electricity, Business Sector, Al-Sarayrah and Imad Mustafa with the copy 03 for the forum appeared first on businessmen.