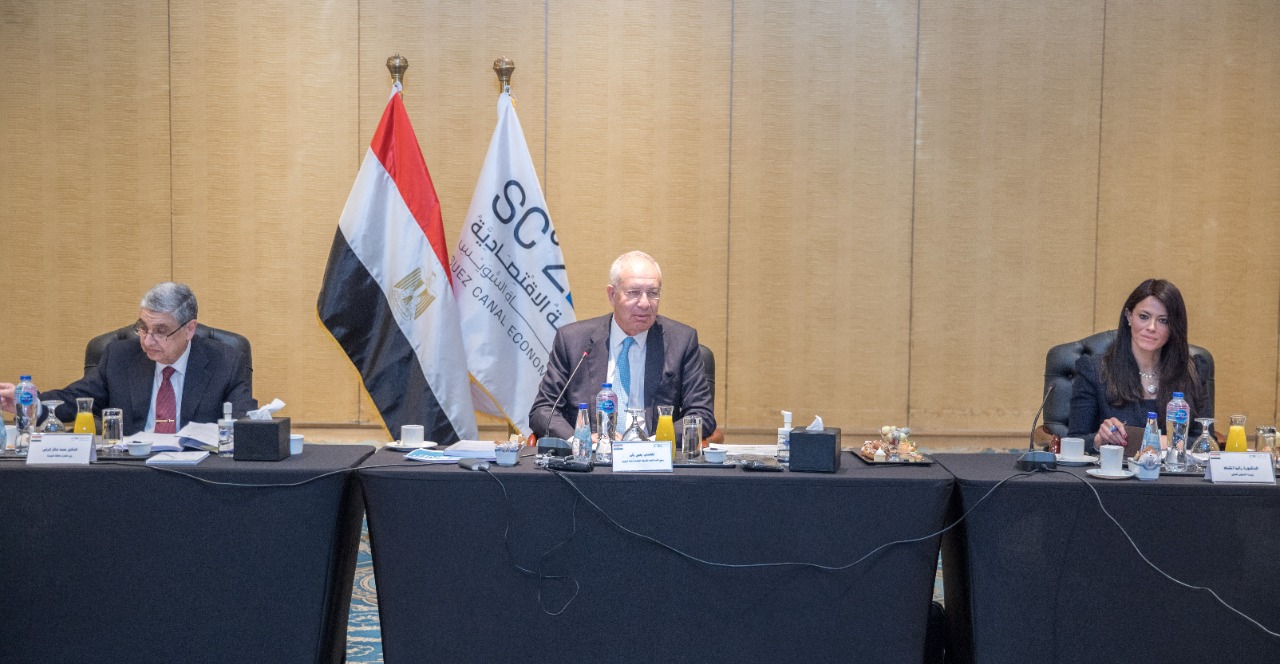 Engineer Yahya Zaki, Chairman of the Commission, chaired it The General Assembly of the Suez Canal Economic Zone, the fourth meeting of the Authority’s Board of Directors in the current fiscal year 5768/

, and the first after the decision to re-form it by Prime Minister Decree No. 710 for a year 1280 for a period of three years, in the presence of: Dr. Muhammad Shaker, Minister of Electricity, Dr. Rania Al-Mashat, Minister of International Cooperation, and Lieutenant-General Kamel Al-Wazir, Minister Transport, Ms. Nevin Gamea, Minister of Trade and Industry, and Dr. Hala Al-Saeed, Minister of Planning and Economic Development, and board members with technical and legal expertise. 5768

At the beginning of the meeting, Eng. Yahya Zaki said: “I welcome the ministers, and I am honored by the presence of the new members in the The formation of the board of directors of the economic zone with experience, and all thanks and appreciation to the members of the previous council who spared no effort in achieving the goals of the region and achieving development, and I consider our meeting today as a coordination session in which we present a summary of the work of the board of directors of the economic zone in the past period, and we will also discuss some important decisions in the next stage.” 5768

Engineer Yahya Zaki expressed his happiness for the presence of a constellation of technical and legal expertise on the Board of Directors of the Economic Authority This contributes to accelerating the pace of work during the coming period, as the authority’s management looks forward to uniting efforts in order to achieve what we aspire to in accordance with the region’s strategy during the next phase. 5768

During the meeting, the head of the Suez Canal Economy reviewed the main features of the work of the Board of Directors for the fiscal years from 1280 ) until 2021, he also introduced the most prominent laws and regulations in force in the authority, presented the strategy and objectives of the region and the targeted industrial sectors, as well as made a presentation A presentation on the region’s most important projects, especially those related to green hydrogen, and the financial position of the economic zone was also reviewed. 5768

Engineer Yahya Zaki stressed that the current time requires work in full swing in order to achieve exceptional leaps to overcome the The challenges of the current stage and the turmoil witnessed by the global arena require redoubling efforts to achieve the desired strategy.